PROUD MEMBER OF THE CLAN MUNRO 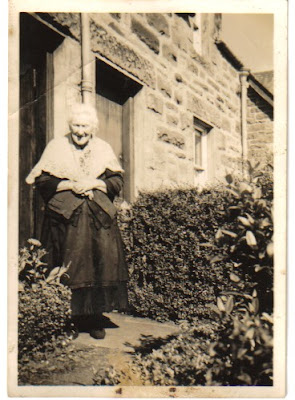 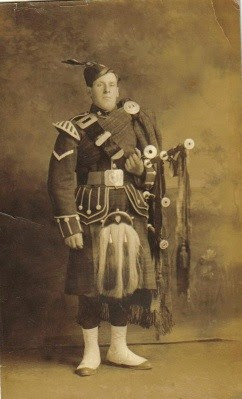 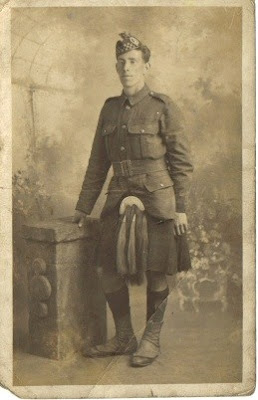 My great grandmother, Hughina Munro, and two of my great
uncles, Archibald Munro and John Alexander Munro
**********
Last Friday I received some terribly bad news that was personally devastating to me, but it was tempered by some fabulous news I received the same day. I got an email that said "Looking for relatives who emigrated to Crosby, ND." I guess it isn't so amazing in this time of the world wide web, but I was still astounded. My cousin (not sure which degree of cousin she would be) from Golspie, Sutherland, Scotland, tracked me down. Her grandmother and my grandfather were brother and sister.
Thanks to my cousin Kevin, I had learned a lot about my Norwegian heritage on my maternal grandmother's side, and thanks to a relative on my father's side, I learned about the Norwegian-Irish heritage of the Rockney-Cody families.
But the Scottish side of the family has remained mainly a mystery. My grandfather, Duncan Macdonald Munro, died two years before I was born. Aside from a newspaper article, an obituary, and a few stories from my aunts and uncles, I knew little about him other than that he had immigrated to Canada and met my grandmother there, and they later hopped over the border from Saskatchewan to North Dakota and moved to Crosby.
Now I have tons of information, thanks to my cousin and the Sutherland-Golspie entries on the Ancestry.com website. I learned that my Great Grandfather William Munro died at an early age, leaving my Great Grandmother Hughina Macdonald Munro a widow with 10 children ranging in age from 1 to 21. Hughina lived to be 99 years old. I adore the photo of her, such a sweet granny in her shawl.
I learned about my great uncles who fought in The Great War. I can view my family tree, and delight in the fact that I had a great, great, great grandmother named Fairly Falconer. Such a wonderful name! I am still visiting the website daily to see the photos and learn the interesting details of the Munro clan. My great aunt Teenie (Christina), used to take tinkers into her house so she could speak Gaelic to them. How I wish I could have heard her speak Gaelic!
And most astonishing to me, I learned that my great uncle William A. Munro was a journalist, just like me. He worked for "The Northern Times" in Golspie and the "John O'Groat Journal". A story in the latter newspaper related that William's "letters from the front (France) were for some time an outstanding feature of the paper. Sgt. Munro had undoubted gifts as a journalist and was most enthusiastic in his work for this journal." Yes, I knew I had printer's ink running in my veins!
There are the terribly sad stories about William's and John Alexander's deaths, which I will share on Memorial Day, and funny stories too. This one is called "Off to Canada":
"Down to the lane to Mrs. Munro and her scrosh (my comment: ???). Johnnie Morrison was in before us. The old lady was talking about her son, Donnie, the oldest son, how he never came back since he went away on a small coal boat that was in the pier. He had been helping his father who was shepherd in Kirkton - Willie Go Slow, they called him. Donnie had charge of some sheep on the links and he went away in the coal boat without letting his folks know, and left his two dogs on the pier - I remember one of his sisters coming to take the dogs home." (Excerpt from letter re: "The Hog in Golspie 1910-1920", written in 1947.)
For some reason, I find that to be funny, yet it is sad too. They never saw Donnie again, and the family lost track of him after he went to Canada.
And I wonder why my grandfather William was called Willie Go Slow. But now I DO know where the names of my relatives William Alexander, Donald, Mary and Ina came from.
Shirl and I have emailed back and forth dozens of times since her first email. I have sent her pictures of Duncan, his wife Julia and their children for her to add to the site. I've also sent pictures of myself, my husband, daughter, sister and her kids. In turn, Shirl has sent me photos of herself, her husband and children, and of Golspie. I knew that Duncan came from Golspie in Sutherland County, and that it is located at the far northern tip of Scotland, but it was great to see photos of it.
I am incredibly proud of my Scottish heritage. Even my email address contains the words Scottish Lass. My blog celebrates my Celtic Heritage. The impact of the bad news I received last Friday will fade soon; it's fading already. I scarcely shed a tear over my misfortune. But I bawled and bawled over my great uncles who died so gallantly.
The impact of the good news I received will stay with me forever. I look forward to learning more about my Scottish family, past and present, and perhaps even visiting with them someday. I feel like a link in a great long glorious chain stretching back hundreds and hundreds of years, and forward hundreds of years through our children in Scotland and America, and I hope we find the lost ones in Canada too.
Posted by Julie at 2:59 PM