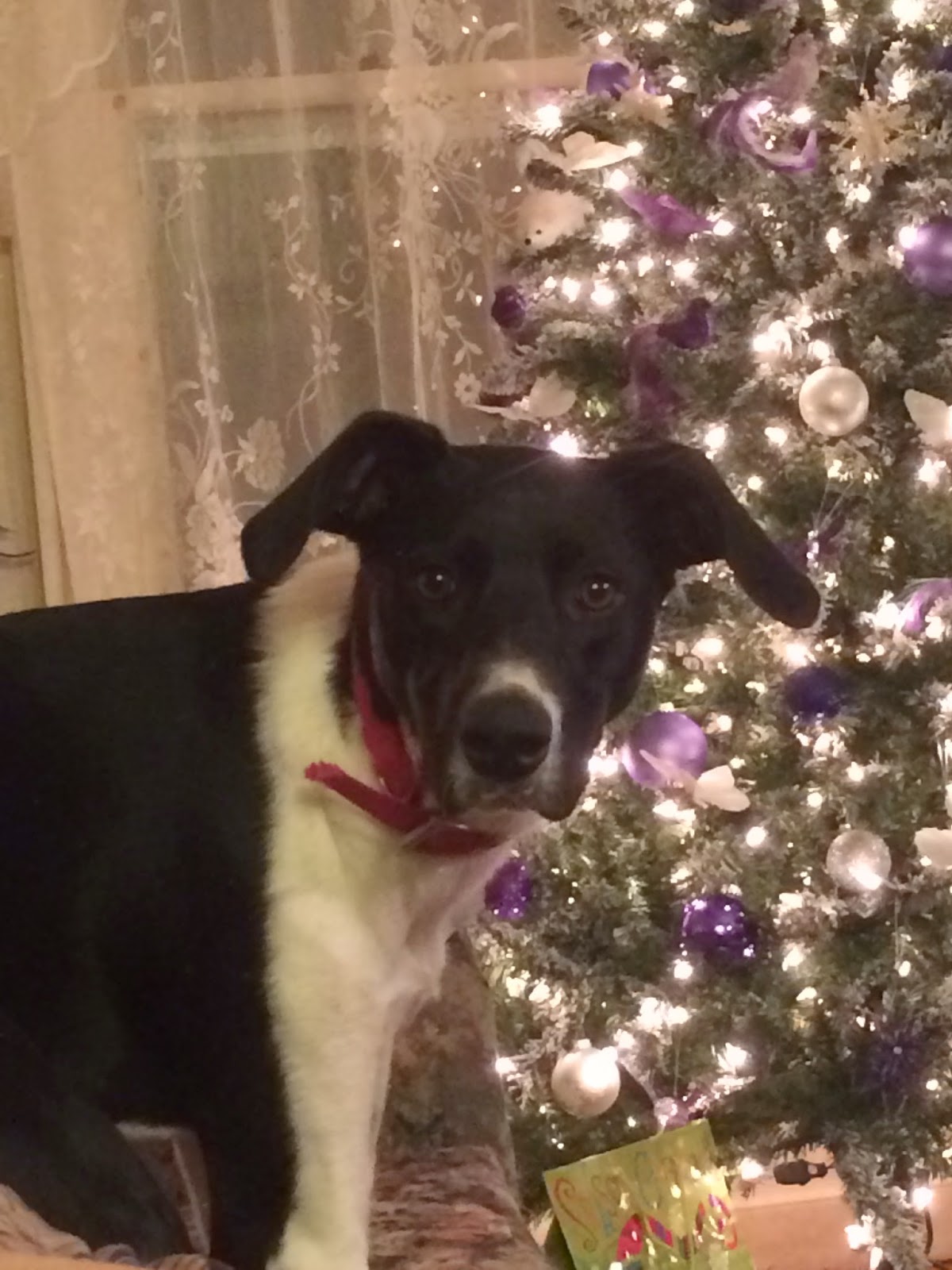 Holly, the new addition
In honor of my new dog, I'm wishing you "Happy Holly-Days".
﻿ 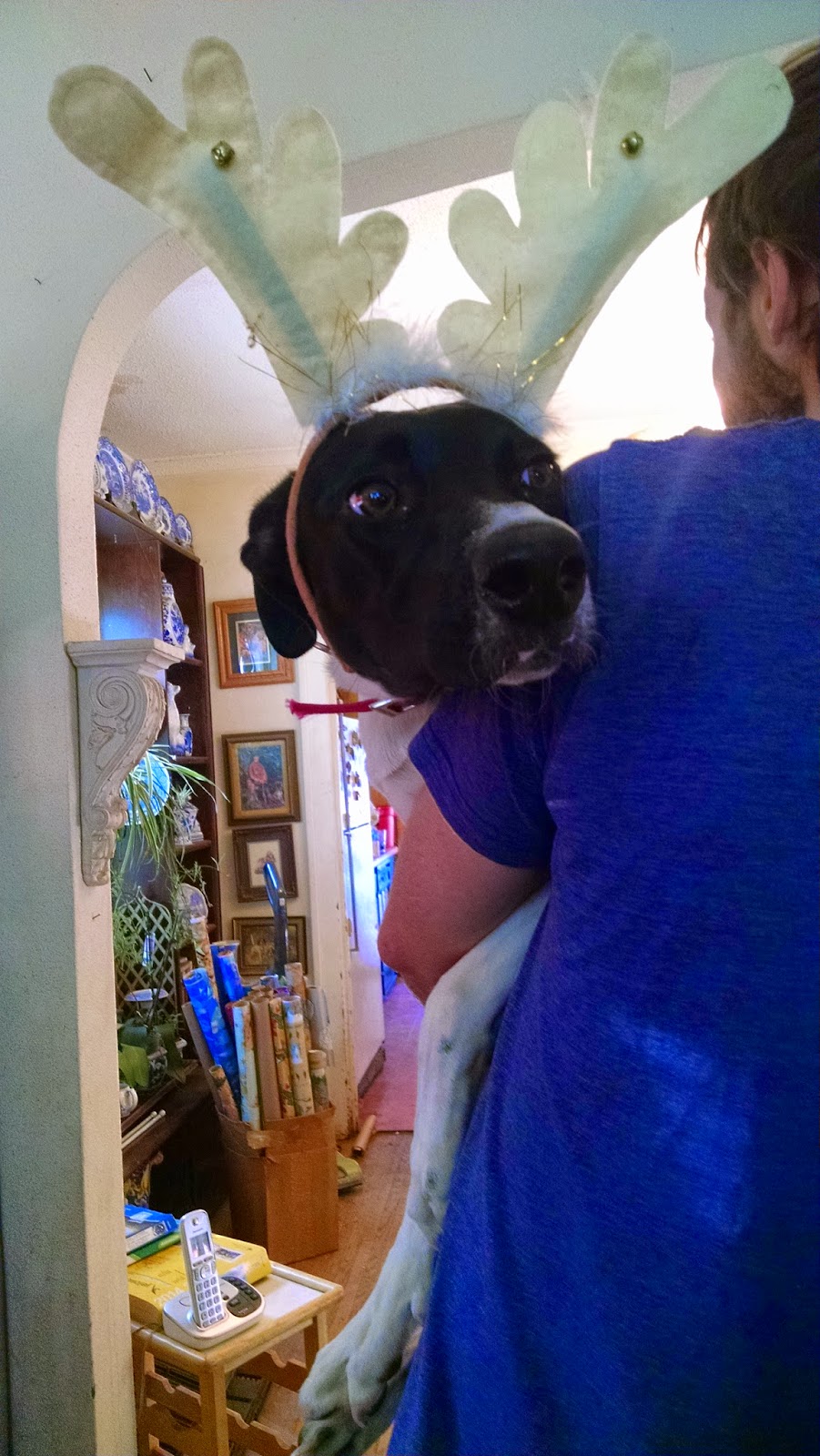 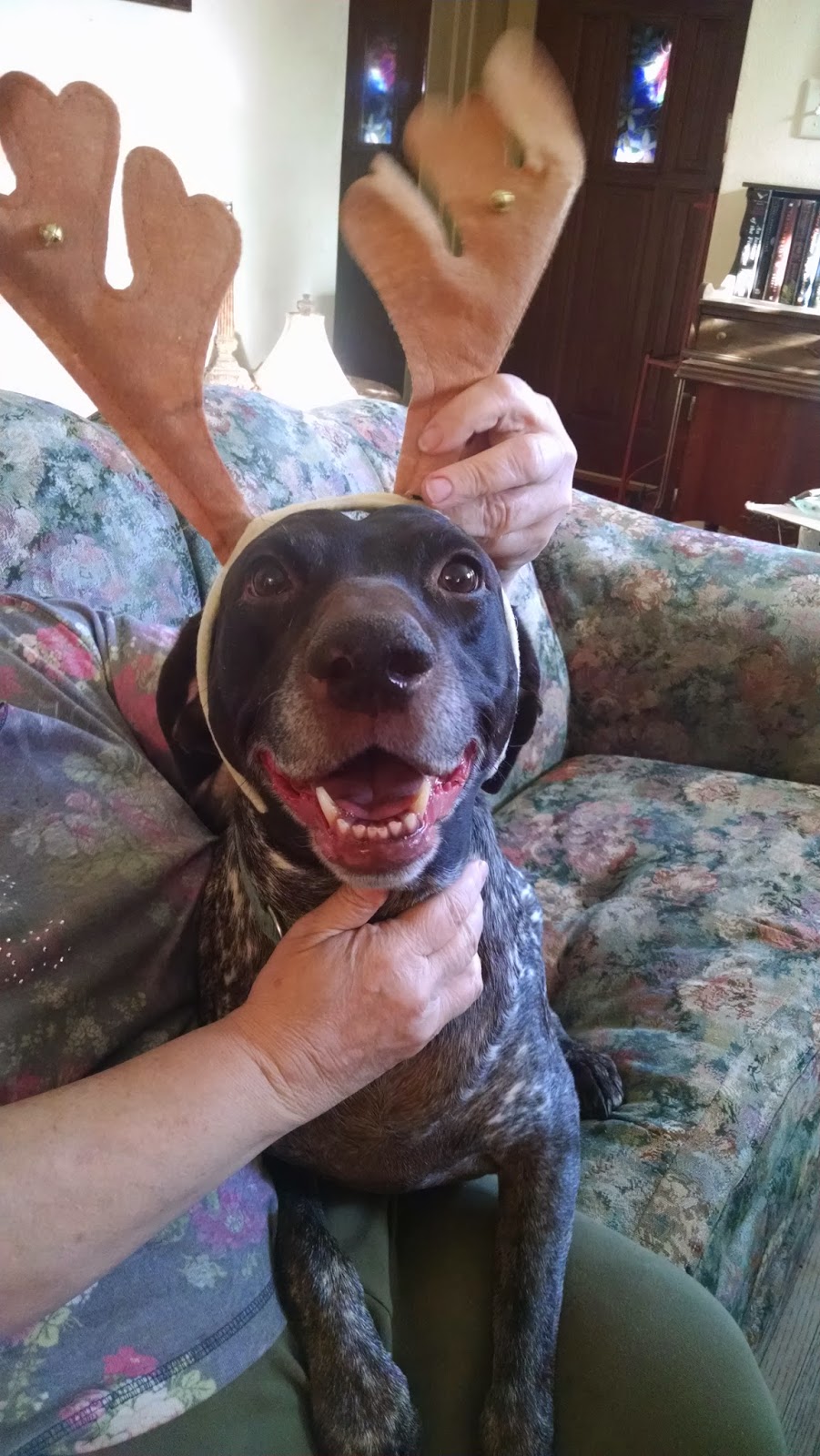 And Gracie and I ...
Hope you  had a "Holly Jolly Christmas". 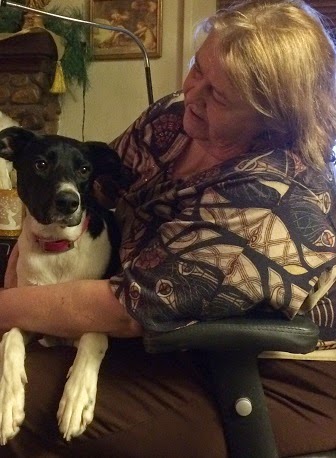 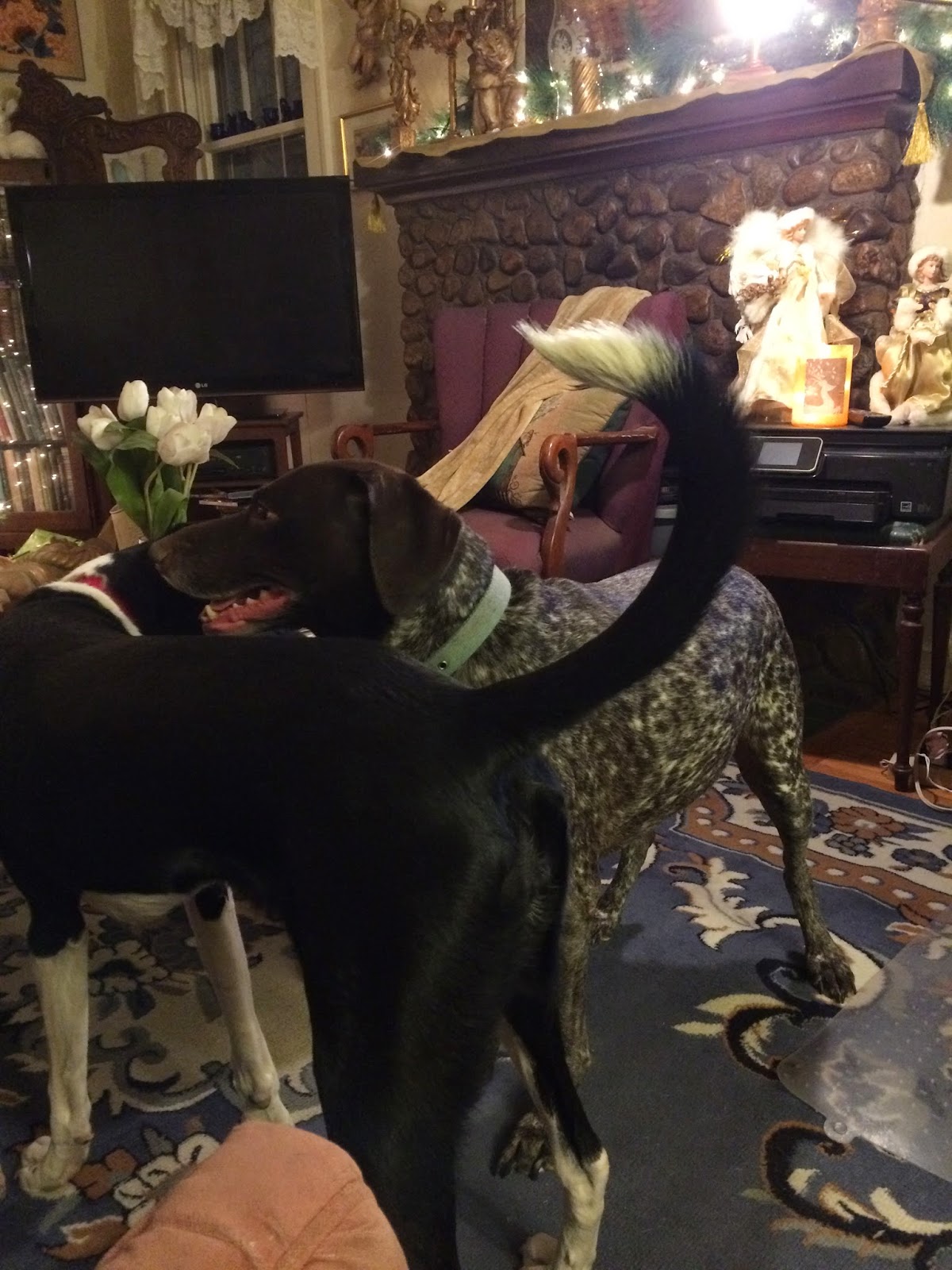 My puppies love each other... 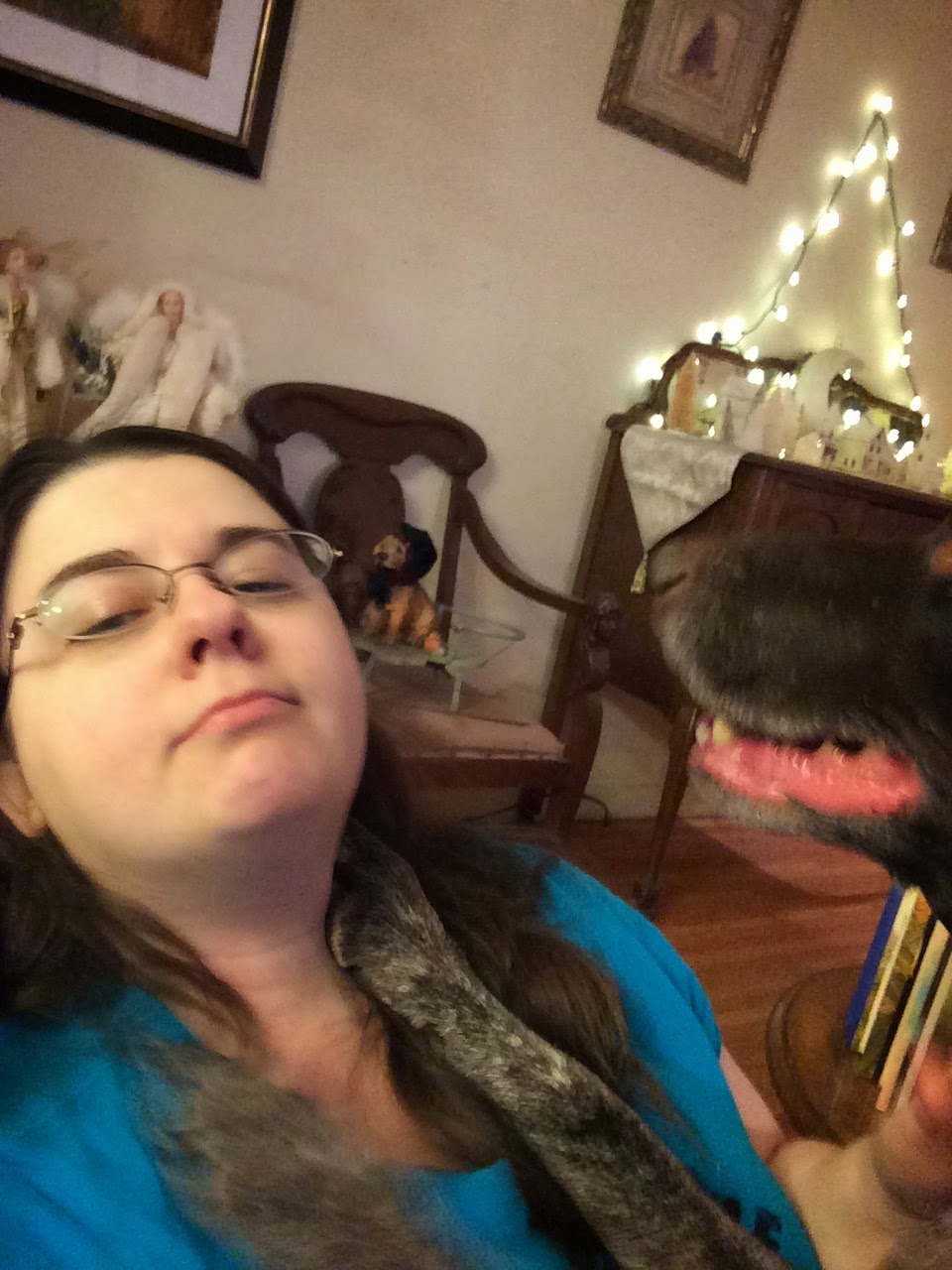 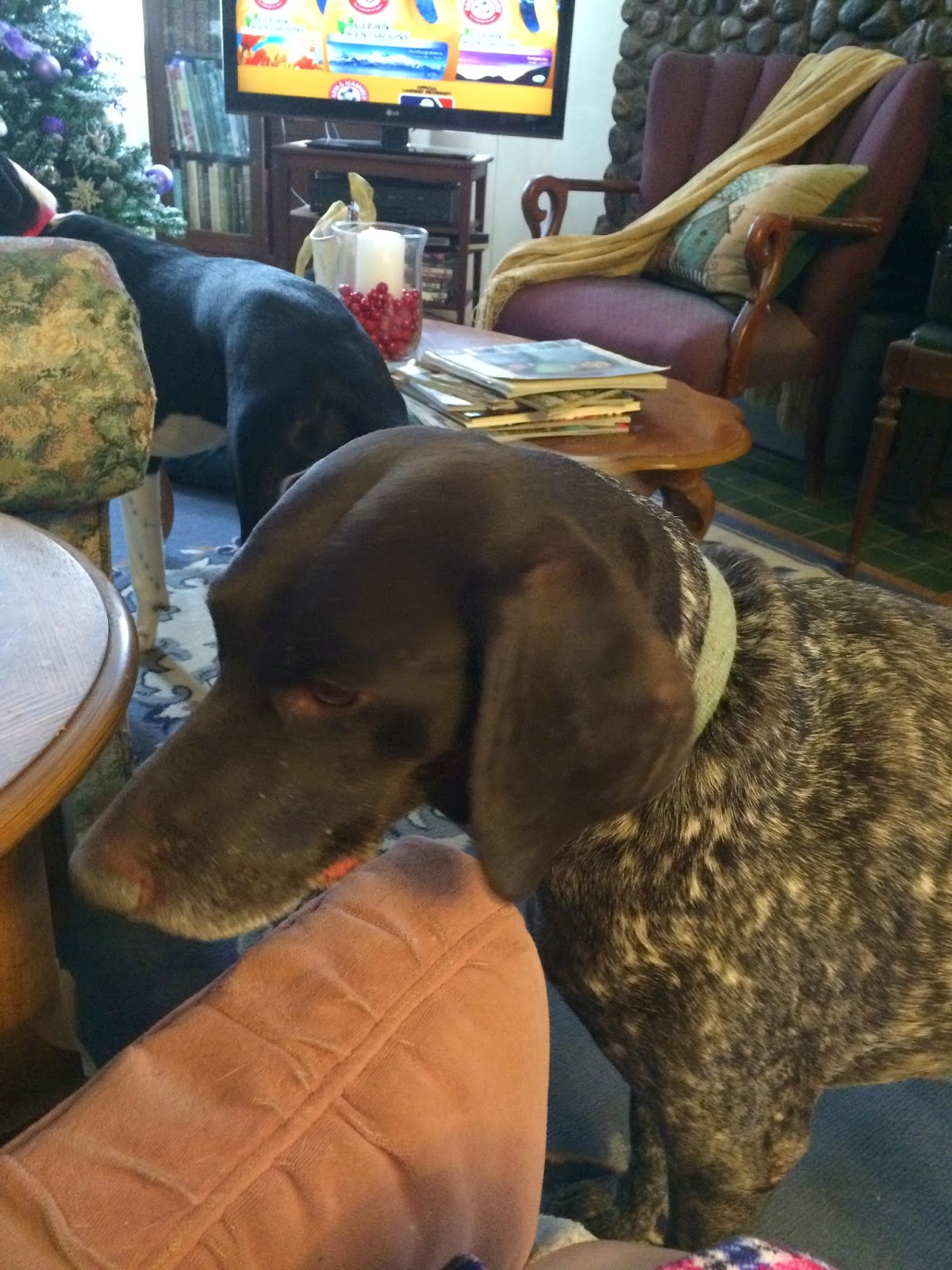 And they love treats: "Kristen,
I'll gladly share your lunch!"
﻿
I had meant to write a pre-Christmas post, but time just got away from me. I worked through Monday Dec. 22 and then rushed to clean, decorate and generally get the house ready before Kristen came home the next day.
A long time ago I read "Hollyhocks, Lambs and Other Pleasures" by a lovely woman named Dee Hardie. Dee loved Christmas, but always made a point never to go to the marketplace the week before Christmas. Try as I might over the years, I have never succeeded in doing this. But at least this year, I finished my Christmas gift shopping a week before Christmas, and the only markets I went to afterward were the supermarket, the hardware store and the pharmacy to get my meds. I feel I met the spirit, if not the actual letter, of this goal.
Every year, too, I try to find the peace, serenity, joy and familial love amid the noise and haste of Christmas, and every year I only partially succeed. This year, Kristen was sick for three days beginning Christmas Day, my sister was grouchy from working three 12-hour nursing shifts in a row including Christmas Eve/Day, and I was frazzled. It had been about 20 years since I cooked a giant holiday meal all by myself. Dan was the head chef and I was his helper. I must admit to some swearing and banging of pots and pans in the kitchen.
As usual the fine times outweighed the stressful times. Kristen and I had good visits after she got better, we went to a couple of movies, and ate out a lot with family and friends. (After my marathon cooking/dishwashing session I was done with cooking for a while.) We exchanged nice presents and invoked the memory of Dan. I did have tears in my eyes all through breakfast this morning before I dropped Kristen off at the airport, but now she is safely landed in Washington, DC and about to arrive home to her beloved kitties. 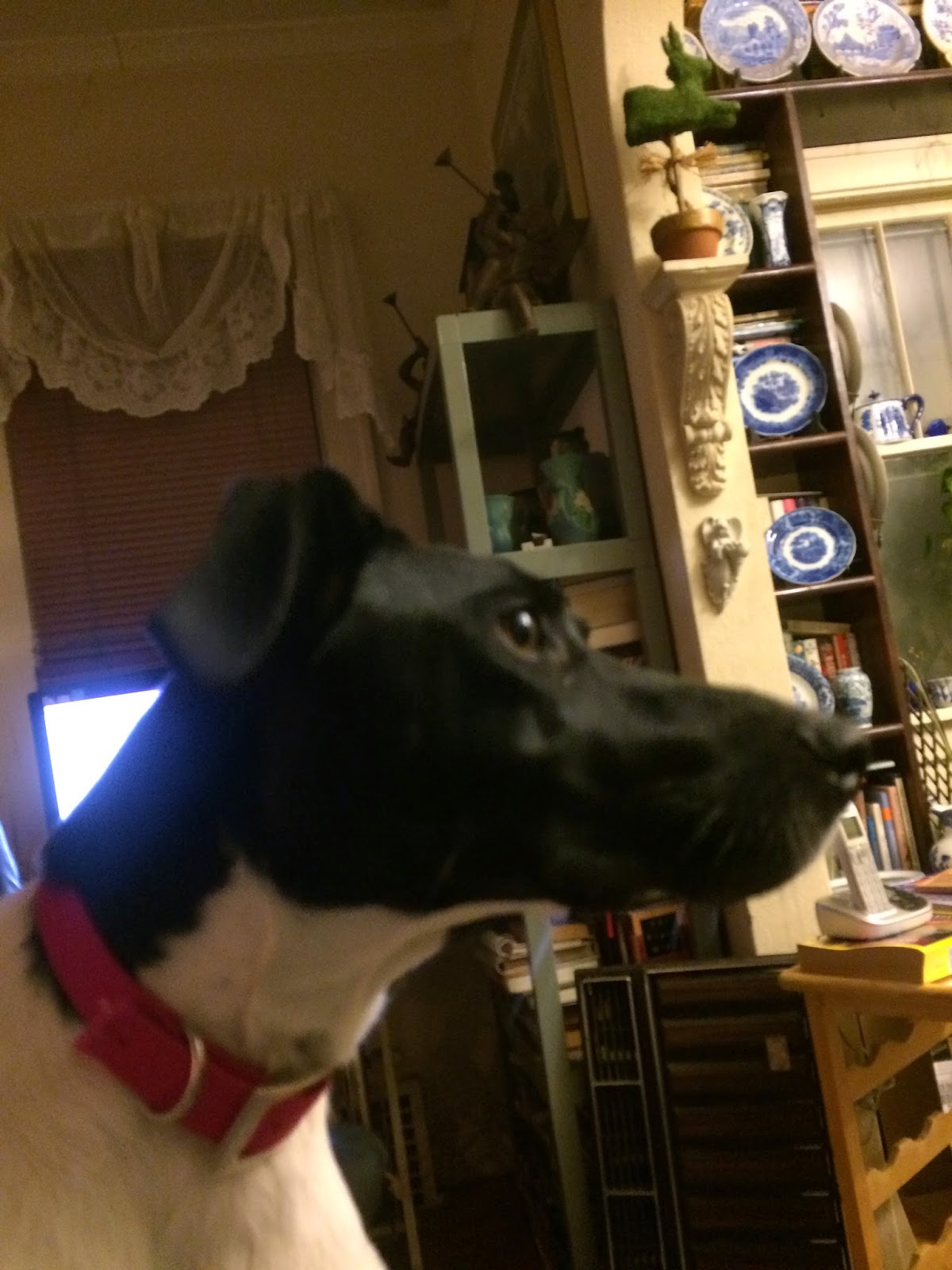 Holly looking toward 2015.﻿
Meanwhile, the dogs and I look forward in general to 2015 and in particular to tomorrow evening when I have the family over for a king crab and shrimp New Year's Eve dinner (which Kristen will not miss at all, not liking crab and shrimp).
Holly, especially, will love seeing her former owners, those being my niece Kelsey, her boyfriend Marcus, my sister Glori and my nephew Mike (joined for dinner by my great nephew Nicholas who has come from Idaho to live with his GG (Grandma Glori) and family.
Marcus found Holly wandering as a stray this summer. After trying in vain to find her owner, he and Kelsey adopted her and named her Molly. However, she harassed my sister's kitties, ate the cat food, got into the cat litter, and irritated Marcus' dog. So I adopted her the weekend of Thanksgiving.
Because I got her at the beginning of the Christmas season, and because I like Holly better, I re-named her. My family remains steadfast at calling her Molly but that's okay because she answers to both names. We don't know what kind of dog she is or how old, but we do know she is a sweetie pie and a cuddle bug.
Here's wishing you a wonderful 2015.
PS - Here's a picture of my beautiful  daughter when she's well and not being kissed by a dog: 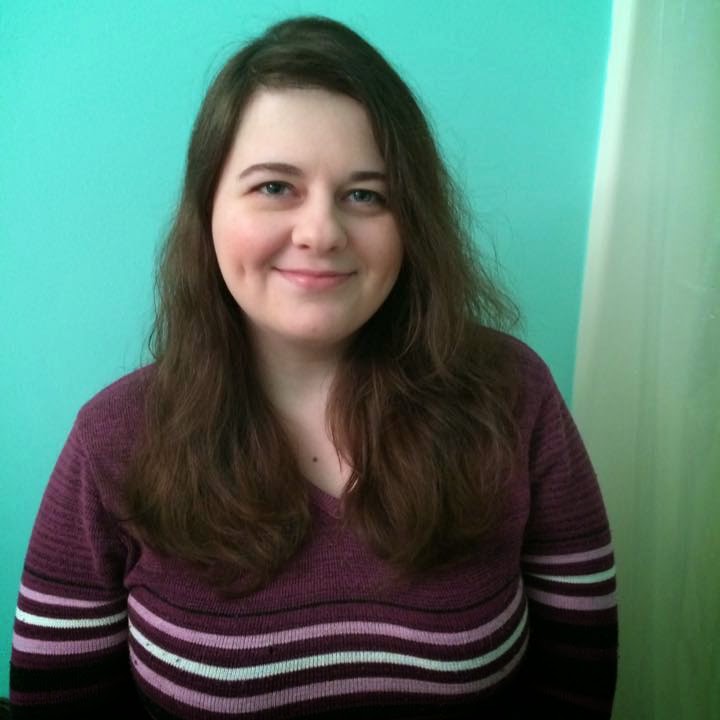