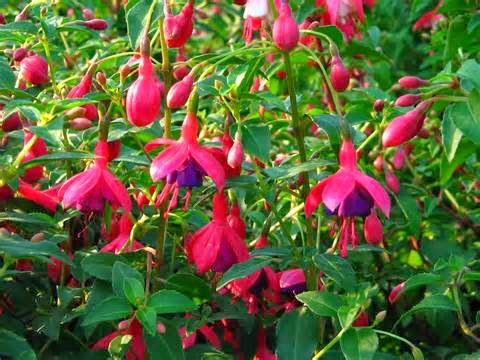 Happy Mother's Day everyone! I was having a pretty bad week at work last week, but all that changed Thursday when I came home from work and found a gorgeous hanging fuchsia basket waiting for me. For the second year, Kristen is carrying on a Mother's Day tradition started by Dan about 30 years ago. I have to bring it in at night because of low temperatures. It is still 10 days until average last frost.
I find myself making countdown lists of all sorts of things. On New Year's Day, I figured out that it was 104 days until spring. That's right, I chose a particular day (Tax Day) as my target date for the weather to be warm. We are a ways past that date this year but it is still quite cool.
As I mentioned in my previous post, I felt I had to make it past another milestone, that of the one-year anniversary of Dan's death.
Let's see, I mentioned the last frost countdown. It is two weeks until I take a one-week vacation. It is three weeks until I get paid so I can start buying plants. In 45 days I will turn 65 and will be eligible for Medicare. That is certainly a milestone, although I didn't sign up for Part B. In one year and 45 days I will be 66, a more significant milestone as I reach full retirement age. I won't be retiring but I will be able to work overtime and not have money taken away from me by Social Security.
My mom always scolded me for wishing my life away and she was right. I need to quit making countdowns and concentrate more on the "now".
I am slowly chipping away at all the work and projects that need to be done around here. I had already rounded up and boxed all of Dan's books. I gave away four boxes of paperbacks to the inmates at the state penitentiary. The organizer didn't want hardcovers .... hmmm, I wonder why?
Yesterday I started in on weeding out my books. I didn't get too much done, but I have eight full boxes of  (mostly Dan's) hardcovers waiting to be donated to the library. My main goal yesterday was to get all books in the house off the floor. That has been accomplished. I won't say they've all been put away yet, but they are OFF THE FLOOR!
Earlier this year I got rid of my 30-year old water bed, dresser, armoire and night stands. Since I have few clothes and many books, I decided I would get a couple of bookcases to sit side by side in the bedroom. I chose these from Target:
﻿

They really look good in my blue bedroom. They are well made and were easy to assemble. In fact, they looked so good I also got two shorter bookcases to use for bedside tables, and a cool glass-front case to match. By the end of the day I should have the rest of the books put away and both my hall closets cleaned.

My niece's boyfriend and his cousin got my horror of a garage cleaned out in preparation for having my garage re-built this year. Last week during Paint Up, Clean Up, Fix Up week my yard looked like Sanford and Son's junkyard with all the stuff waiting at the curb to be picked up. The city only picks up really heavy stuff two weeks out of the year, so in addition to old wire fencing, two rickety cabinets, broken tools, moldy seed and fertilizer, etc. etc. they took away an old refrigerator and freezer. What a weight off my shoulders. 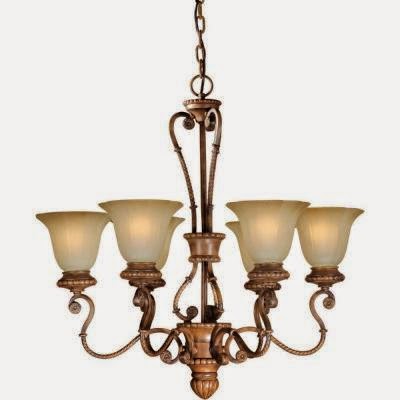 I had electricians come in and fix three lights that didn't work (bedroom, entry and porch) and install the above fixtures - one in the dining room and one in the living room. I love them (I especially wanted an umber shade and love the warm tone) but can't decide if they're too big for my smallish rooms. Maybe they're just bigger than my other fixtures and I have to get used to them. I scoured the Internet for weeks to find ones I liked at an affordable price. These are my third choice. (My first choice was $1,000 each fixture and my second choice $500 each.)
Just yesterday I ran across very similar fixtures - a bit smaller at five lights each and even less expensive, so I am kicking myself. However, I had to quit stalling and make a choice and now I have to quit second guessing myself. I had hated the old fixtures for 30 years. The dining room light was a 60s brass atrocity that Dan had broken all the globes on, and the living room light was a ceiling fan/light that vibrated so badly that I thought it would spin loose and decapitate someone like an airplane propeller.
The electrical company has also given me an estimate to install a couple of outdoor outlets so I can run my fountain and some fairy lights this summer. That is, if I can light a fire under my contractors to first fix the garage. They are the same ones I used for my house roof and deck last year but it's so hard to get them to commit to a schedule.
And finally (for now), I have a man coming out Monday to give me a quote for hydro seeding my backyard. I am tired of Gracie dragging in mud. I am tired of a yard that is half dirt and half weeds. ﻿ 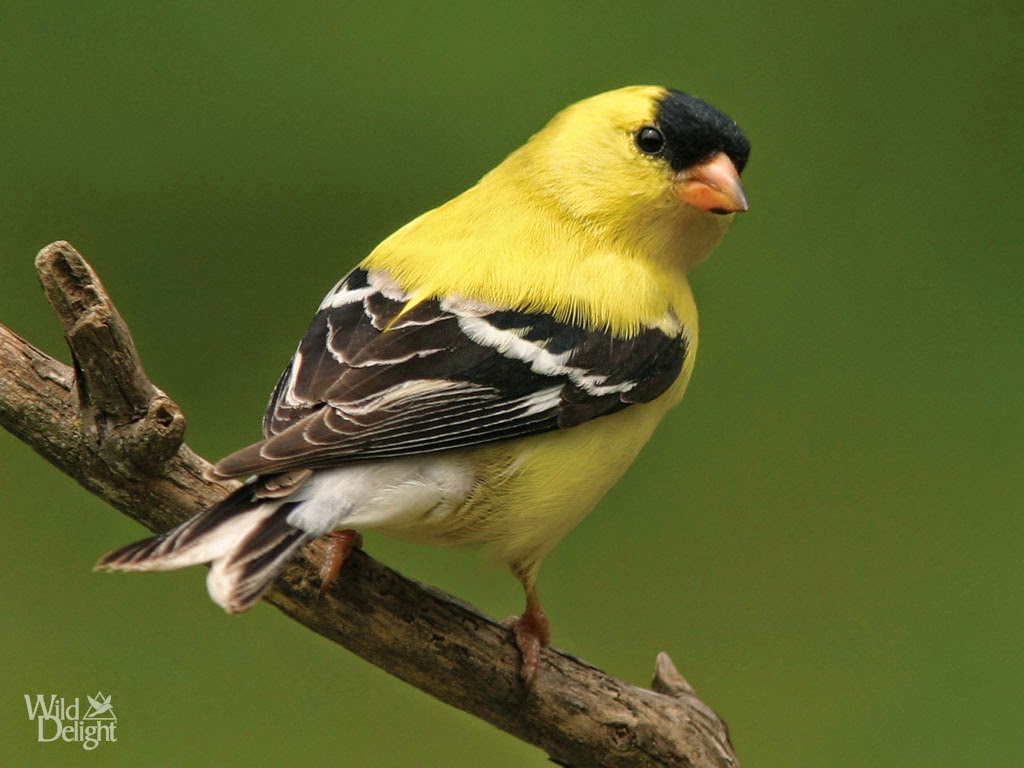 ﻿
For about a week now, I have been seeing flashes of yellow when I look out my front windows or patio door. In fact, I usually see two flashes of yellow - pairs of goldfinches. We've always had goldfinches, but never so many. A few years ago a painted bunting was sighted near the western border of the state. The biologists figured a wind blew it in. Lord knows we've had enough wind here this winter and spring to have blown birds off course. They say it's an ill wind that blows no good so if it was indeed a wind that blew in these pretty birds, it was a very good wind.
Speaking of birds, a few minutes ago I watched two crows chasing a squirrel around the treetops. I've never seen this happen. No matter where he scurried they went after him. They went behind some other branches so I couldn't see what happened. I hope the poor fella got away!﻿
﻿
﻿
Posted by Julie at 11:59 AM 6 comments: