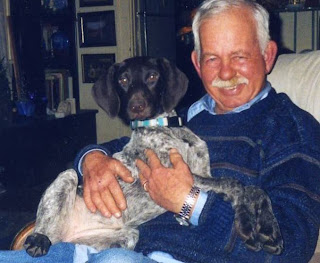 STOP ALL THE CLOCKS
W. H. Auden﻿
Stop all the clocks, cut off the telephone,
Prevent the dog from barking with a juicy bone,
Silence the pianos and with muffled drum
Bring out the coffin, let the mourners come.

Let aeroplanes circle moaning overhead
Scribbling on the sky the message He Is Dead,
Put crepe bows round the white necks of the public doves,
Let the traffic policemen wear black cotton gloves.

He was my North, my South, my East and West,
My working week and my Sunday rest,
My noon, my midnight, my talk, my song;
I thought that love would last for ever: I was wrong. 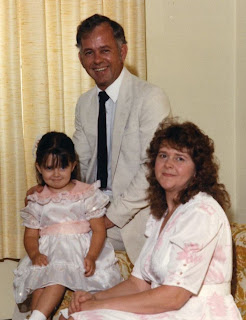 On March 23, 2013, Dan Fredericksen slipped away without pain and crossed over to a place where the October skies are always bluebird blue, the game is always plentiful and the hunting dogs always behave.

Daniel Bruce Fredericksen was born in Williston, ND, on Aug. 5, 1948, to Earl and Lillian Fredericksen. He fell in love with the great outdoors at an early age, while on pheasant hunts with his father and older brothers, and camping trips with the Boy Scouts. He achieved the rank of Eagle Scout in high school. He was also introduced to the joys of fishing on family trips to Lac La Ronge, Sask. In later years he loved to fish for walleye on Lake Sakakawea and Lake Oahe.

He graduated from Williston High School in 1966 and entered the Navy that summer. He joked that he joined the Navy to see the world, but all he saw was California and Vietnam.

After receiving medical training at Camp Pendleton Naval Hospital in Oceanside, CA, he spent a year in Vietnam during 1968-1969, serving as a Navy medical corpsman attached to the 3rd Marine Battalion. He was known as "Doc Fred" by his comrades. He saw action during the famous New Year's Tet offensive. He was wounded in action and received the Purple Heart.

After leaving the Navy he attended Minot State College and worked as an ambulance driver. In 1970 he was selected from among thousands of applicants to be a member of the University of North Dakota's first-ever physician's assistant or - as it was known then - MEDEX program. At that time, only medics and corpsmen were selected for training as PAs. He trained at UND and in Langdon, ND, working with Dr. Bill Goodall and Dr. Nick Kaluzniak and the staff of Langdon Hospital and Langdon Clinic He spent five years as a physician's assistant in Langdon, and was known affectionately by all as "Doc." He was initiated in the art of goose hunting while living in Langdon.

On June 29, 1974, he was married to Julie Johnson in Langdon. The next year they left Langdon so that Dan could pursue a four-year degree at the University of North Dakota. He loved getting together with his friends from the UND Vets' Club to trade war stories. He also formed hunting friendships that lasted all his life.

In 1981 Dan accepted a position with Syntex Pharmaceuticals in Bismarck. This was the beginning of a long pharmaceutical sales career. He also worked for Bristol-Myers Squibb and Innovex. In later years he worked for Eide Ford in Bismarck.

Dan and Julie's daughter, Kristen Anne, was born on July 9, 1982. She was the light of his life and he was a terrific dad. He was extremely proud of her academic record and her accomplishments. He was also "Dad" to Val, our foreign exchange student.

Again in Bismarck Dan formed lifelong hunting bonds with new friends, and re-connected with old Williston pals for fun trips back to that area for yearly pheasant hunts. He also hunted grouse, ducks, deer and antelope in North Dakota, and deer and elk in Montana. He was so excited to bag an elk that he called Julie with his news from the side of a mountain.

He was a good golfer, an avid reader and a great amateur gourmet cook until his illness kept him from enjoying these hobbies. He loved to sit out on the deck of a long summer evening and he liked watching the History Channel, the Hunting Channel, and any sporting event on TV. He stayed loyal to the Vikings in good times and bad, and never missed, if he could help it, a televised game featuring his beloved UND Sioux Hockey Team. He was teased for watching his "redneck" shows, like Pawn Stars, Storage Wars and Moonshiners.

He was a kind, caring and generous husband. He always did sweet little things like starting Julie's car for her on cold winter mornings, even after he became ill. He was proud of his long marriage and had wanted to make it to his 39th wedding anniversary in June. One of his favorite leisure activities after retiring was to hang out with his pals at Sidelines in Bismarck.

He almost always had a canine companion or two by his side, starting with his boyhood dog, Copper, and later Jacques, Beau, Lady, Brandy, Penny and Gracie.

I know some people are wanting to hear news about Dan so I will write a short post. Dan's condition continues to deteriorate. He cannot eat and takes in very little fluids either. He is extremely thin and his balance is very poor. He spends most of the time lying on the couch. Though deaf, he can watch close-captioned TV, but is no longer able to concentrate on books or newspapers.

He is now under hospice care and the nurses and the social worker have been, for the most part, wonderful. I truly believe they are guardian angels in human form. Hospice is all about the patient's choice. Dan  is a very stubborn man and is at the point where he is refusing to be shaved, bathed, have his teeth brushed or his clothes changed. But that is HIS CHOICE. He also refuses the hospital bed we had brought in, plus the walker, plus the commode. He gets very angry when we try to offer him help of any sort. This is hurtful to me, but Kristen keeps reminding me that it is the brain tumor talking, not him.

By choosing hospice care he is able to have his main end-of-life wish fulfilled, which is not to be hospitalized, and to have only palliative care.

He is not in pain but has meds available for pain, anxiety and nausea. My sister is watching him for 10 hours a day so I can continue to work as long as I can because I have very little vacation time and even less sick leave. I spent most of last week at home and was able to use family sick leave for that.

My biggest frustration is trying to get some respite care arranged for me to have a few free hours on the weekend, but so far it has been a battle of agency red tape.

I wouldn't wish this situation on my worst enemy. More than anything it is mentally exhausting, but I feel physically drained as well. I am sure that the support of my family and my friends in blogland has helped keep me sane and putting one foot in front of the other for this long. Thank you so much.

The hospice nurse was able to bathe Dan this afternoon, get him into a gown and get him into the hospital bed. He looks very warm and comfortable now. Some say there are no coincidences. A co-worker of Amy, one of our hospice nurses, grew up in Langdon, ND, where Dan was a physician's assistant for five years. Dan used to work with this lady's mother at the Langdon Clinic and the daughter remembers him too (from the 1970s!). Yesterday Amy brought over a beautiful quilt given to Dan by these two long-ago friends.
Posted by Julie at 3:14 PM 11 comments:

I just read that Valerie Harper (TV's Rhoda) has the same rare cancer as Dan does. Click on this link:

Around the end of January or the beginning of February, Dan went profoundly deaf literally overnight. An MRI test at the Fargo VA and a consult with a neurologist revealed a brain tumor. At the time, we were not sure if the tumor was cancerous or benign, new or metastasized.

Dan visited his oncologist in Fargo last Wednesday and the news was grim.  She told him he is out of remission and the cancer has spread to the lining  of his brain, taking the form of leptomeningeal brain disease, a fancy way of saying cancerous meningitis. Needless to say, as a deaf patient he had a difficult time getting information about his condition, but I was able to speak to her by phone on Monday.

What is so ironic is that the original tumor at the juncture of the esophagus and stomach, after being shrunk by chemo, has not grown. It did not spread to the liver or lungs or anywhere in the chest or abdomen. Instead, in a very, very rare occurrence, a few cancer cells escaped into his bloodstream, went into his spinal column, and traveled to his brain. If this had not happened, he might have enjoyed the 4 or 5 years of remission that his oncologist had suggested might happen.

In addition to being deaf, he now experiences trouble with his gait. He shuffles when he walks and needs to grab onto things for support. All kinds of other neurological symptoms may develop. He is not, however, in any pain.

It is very likely we will not see our 39th wedding anniversary at the end of June. We have done a lot of crying, and then we went on to taking care of finances, getting paper work drawn up, talking about palliative care and hospice, etc.

All through this time (he was diagnosed on Dec. 9, 2011, five days after I started), work has been a respite for me, a chance to forget things for a while. But now things are horrid at work so there is no release for me, anywhere.

Life is hell for us and our daughter. Kristen is coming home on Thursday. She had plans to come home at Easter but the oncologist advised her to come now, because, she said,  with a brain tumor, "there's no telling when."

PS - I'd better not hear from anyone accusing me of feeling sorry for myself. You will get an earful, and your sorry comments will not be printed.
Posted by Julie at 11:32 AM 20 comments: