A SCOTSMAN TAKING THE HIGH ROAD 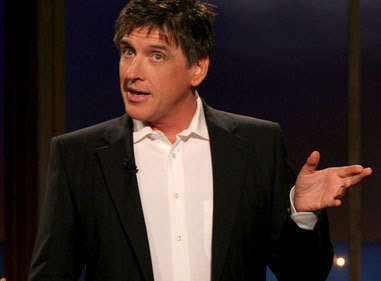 Snaps to Craig Ferguson for taking the high road - and I don't mean the one to Scotland - when it comes to the latest Britney Spears fiasco. Monday night, Ferguson told viewers of "The Late Late Show" that he has decided not to poke fun at Spears, who shaved her head last Friday. He has, he says, reconsidered making jokes "at the expense of the vulnerable".
"For me, comedy should have a certain amount of joy in it," said Ferguson. "It should be about attacking the powerful - the politicians, the Trumps, the blowhards." What comedy shouldn't be about, he adds, is attacking the vulnerable.
A recovering alcoholic, Ferguson says he worries that Spears may have troubles of her own. "Now I'm not saying Britney is alcoholic. I don't know what she is - alcoholic or not - but she clearly needs help."
I really admire Ferguson for declining to joke about Spears, even though I am no fan of hers. When was the last time she actually entertained anyone on stage rather than in the tabloids? Enough about Britney Spears, once and for all.
(And enough about Anna Nicole Smith. I think that an email I received the other day says it all: It showed three coffins draped with American flags, and at the foot of each were signs that said something like: Sgt. Anna, Private Nicole, Capt. Smith. That's who we should be remembering.)
But getting back to Craig Ferguson. I didn't actually see his comments on Monday night, but I do try to catch him as often as I can. He's the only late night host who's actually funny.
A very intelligent man, Ferguson recently wrote a bestseller. He interviews authors like he's actually read their books. His questions to all his guests are insightful, and he seems to actually enjoy visiting with them. His monologues are off the cuff but on the mark. While they may take wildly divergent paths, they always seem to always come full circle. A true storyteller in the old-fashioned sense of the word, he can weave a hilarious 15-monologue around having his new couch transported across the country.
Ferguson can also reveal a serious side. His eulogy to his father was obviously unscripted but one of the most touching moments I've experienced in television.
Ferguson revels in using the cheapest of props, especially wigs, in his skits. He is spot on with his imitations of Michael Caine, Sean Connery and especially Prince Charles, the twittiest twit in twittendom, with his terribly bad English teeth, big ears and obviously fake wig comb over. Instead of having gag writers, Ferguson will tell his producer the subject he plans on discussing that evening, and then have a nap in his office. I love how he addresses his audiences as "my wee cheeky monkeys" or "my frisky little ponies." 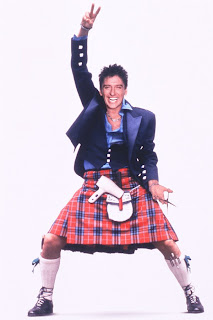 I might as well add that Ferguson a charming, handsome Scotsman with a lovely burr, a cheeky grin and a rapier wit,which no doubt add to his appeal. Also adding to his appeal, in my mind, is that he refused to dye his graying hair when requested to do so.
Ferguson admits that he was a hard-drinking, wild Glaswegian in his early days, spending most of the 70s in an alcoholic and drug-induced haze, but he's obviously learned a lot of lessons on that high road he's taking. I hope a lot of comics will take a cue from him and stop making jokes at the expense of the vulnerable. There's enough other material in the world. Leno, you're getting more and more vulgar and lascivious with each show. Conan, you're a one or at most a two trick pony. And Letterman, asking each guest, "How was your summer?" does not count as witty repartee. Sit up and take notice, you three. One of these days Craig Ferguson is going to get the ratings he deserves.
And besides, who can resist a guy whose rallying cry is "Let's Scottify!"
Posted by Julie at 8:58 PM