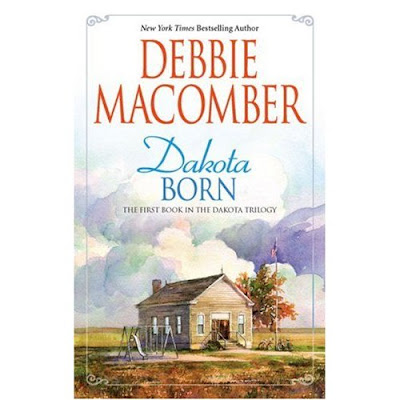 I bought this book because it is set in (fictional) Buffalo Valley, North Dakota. "Like so many Midwest towns, it's dying. Stores are boarded up, sidewalks cracked, houses need a coat of paint. But despite all that, there's a spirit of hope here, of defiance. The people still living in Buffalo Valley are fighting for their town."

That sounds like so many North Dakota towns. In fact, I have never gone back to northwestern North Dakota after the last of my relatives died. It's just too depressing for me to see a thriving town like Crosby with closed storefronts, the high school at Columbus, which I attended, torn down and little villages like my Larson slowly being taken over by the prairie from which they sprang.

One of the things the people in Buffalo Valley are fighting for is to keep their school open. They need a new teacher, and they find her in the person of Lindsay Snyder, who has North Dakota roots. There's where the story veers off the reality path and goes right over the cliff. The people of the town are looking for one teacher - the SOLE teacher, for their high school. One teacher, expert in teaching all the subjects of a modern high school, in a one-room school. Yeah, right.

Shame on you, Debbie Macomber, since you supposedly have North Dakota roots too. Our state is already seen as backward. You didn't have to contribute to that image. To anyone who has read this book already, know that North Dakota high schools are consolidated when one or more in the district are forced to close. North Dakota students still receive good educations from teachers trained in specific fields like chemistry, history, English and math.

Yes, there were one-room schools in North Dakota. I went to one, which I will write about sometime. And I think there are a few still out there. But there were never one-room high schools. It's a shame Macomber couldn't have written a book closer to the truth of the North Dakota out migration problem. She is apparently a popular author in the mass market paperback trade.
Posted by Julie at 4:13 PM

You are right about the escape from reality in Debbie's books. I hadn't given much thought to the one-room high school situation which she used in this one. Good point, Julie!
I still like the cover...can't judge a book by its cover..tee, hee!

I had just finished reading an on-line excerpt from "Garden Spells"when I came to your blog...I enjoyed the excerpt... but this (Garden Spells) is obviously not a "reality" story as there are many "magical" things associated with that family and that garden!

My book club friends have also called me on this point (my tendency to accept unrealistic premises in some books and totally reject them in others). I am going to blog about that.