ON A WING AND A PRAYER, AND HOPE TOO 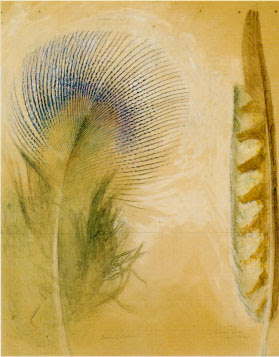 I really don't care for the morning part of daylight savings time. I'm getting up in the dark all over again. It took months after the winter solstice before the sun was above the horizon by the time I awoke. And now, just as mornings were full of light and even some birdsong, I've been picked up and set backward into morning darkness again. DST seems especially weird this year, coming three weeks early.
I haven't been able to sleep for the past two nights. I don't know whether to blame it on DST or my husband's absence. I think it's DST, because I've heard my dogs being restless in the night, as though they too cannot get used to the time change. Even though it was 75 degrees in Bismarck yesterday, I woke up to a blizzard in my house this morning. Gracie had gotten hold of the toilet paper and torn it to snow-size bits. I can't believe she managed to do that in a totally dark and still house, but she did.
It's too bad Dan wasn't here to enjoy the 75-degree day. He left Bismarck at 3:00 AM yesterday to drive Kristen's new (used) car to Washington, DC. He made it to Indianapolis by early evening yesterday. I don't even want to count up how many driving hours that is. He's a real pedal-to-the-metal kind of guy when it comes to driving long distances, but I was a wreck. I lay awake all night Sunday and worried all day yesterday that he was pushing himself too hard and would fall asleep and kill himself (and wreck Kristen's new-to-her little red Corsica). I did a lot of praying!
I lay away all night last night too (maybe the dogs caught my vibes), but now I can quit worrying, because Dan made it to DC by 4:30 PM Eastern time and got to see Kristen's office in the library where she works.
With all my worries put to rest, it would have been fun to go to my Visual Journaling class tonight, but what with the instructor having the flu last week, and spring break at the college this week, we haven't met for a while. For last week's class, we were to start assembling materials for our first class-produced pages. My project is more like a collage, but I'm sure the instructor won't mind. It will feature Emily Dickinson's "Hope is the thing with feathers, that perches in the soul..."
I am using blues and browns, and have pictures of brown birds like thrushes and wrens, because I think of Emily as a shy, drab little wren. I have a large assortment of papers and 3-D objects that I will have to winnow down before I finalize the project: brads, photo corners, skeletonized leaves, twigs, mica, beads, gold vellum, fabulous metal embellishments, and ribbons and cords in gorgeous earthy colors. I know I can't use them all, but the choices!
I have really never gotten into "The Belle of Amherst's" poems that much. I didn't study her in college, and her use of dashes in her poetry really irritates me. But probably what put me off Miss Em the most is the day Phillip Lapp was reading a poem of hers in Senior English class. Instead of reading, "I heard a fly buzz when I died," he read "I heard a fluzz buzz when I died." It struck the class as enormously funny. Now, whenever I think of E.D., I think "fluzz buzz." But I do like "Hope":

HOPE
EMILY DICKINSON
*****
Hope is the thing with feathers
That perches in the soul
And sings the tune--without the words,
And never stops at all
*****
And sweetest in the gale is heard;
And sore must be the storm
That could abash the little bird
That kept so many warm.
*****
I've heard it in the chillest land,
And on the strangest sea;
Yet, never, in extremity,
It asked a crumb of me.
Posted by Julie at 6:44 PM

Labels: "Hope is that thing with feathers", Emily Dickinson