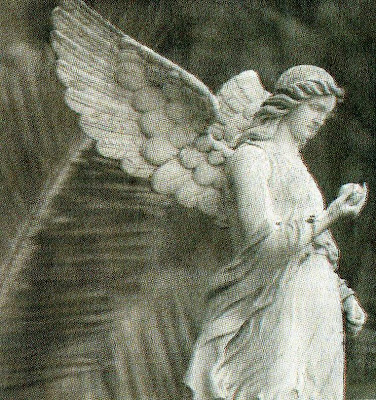 I finished "The Madonnas of Leningrad" at two minutes past midnight last night. I think that qualifies it to be included it in my February list of books. My list:
*****
"The Madonnas of Leningrad," by Debra Dean
A stark, bleak, depressing look at Leningrad in winter during World War II. At the end of it, I felt like I, too, had been freezing in cellars and eating wood to survive. Too bad the characters didn't have this book to eat or burn for warmth.
*****
"Three Junes," by Julia Glass
I though this book was about three women named June, but instead it's about Fenno McLeod, a gay Scotsman transplanted to America. Fenno, his friend Mal, his Scottish relatives and his bad-boy lover are so well-fleshed out and complex. I would have never picked up this book on my own, even though it was The National Book Award Winner for 2002. That's the greatest value, I think, of belonging to a book club when one is already a voracious reader.
*****
"Odd Thomas", by Dean Koontz
"Forever Odd," by Dean Koontz
"Brother Odd," by Dean Koontz
I do love that Odd fellow, short-order cook extraordinaire. He's smart and he's funny. Just what I like in a guy, even if he sees dead people. I seldom read mysteries any more, and hadn't read a Koontz or Stephen King novel in years. The humor and humanity of Odd Thomas makes this a stellar series in the mystery/thriller genre.
*****
"The Uncrowned Queen" by Posie Graeme-Evans
The third novel in a series about a woman whose life was entwined with that of England's King Edward IV. I am so glad I re-discovered the historical novel.
*****
"City of Falling Angels," by John Berendt.
"Falling Angels" refers to the fact that the City of Venice is crumbling and stone angels have been known to fall from their perches. In this book, Berendt tries to do for Venice what he did for Savannah, GA, but his effort fails majestically. He centers the book around the burning of the Venice Opera House and the subsequent investigation, the purloining of Ezra Pound's papers and the Save Venice charity. Snore. I was underwhelmed. None of these events can hold a candle to a murder with a socialite suspect, a graveyard chanting voodoo priestess and a flamboyant cross dresser. Berendt is hard pressed to find the charming misfits and eccentric characters that people Savannah. If you want to read a book on Venice, there are thousands more interesting than "City of Falling Angels". I especially loved "Miss Garnet's Angel" by Salley Vickers (fiction) and "A Thousand Days in Venice" by Marlena de Blasi (non-fiction).
Posted by Julie at 8:29 PM