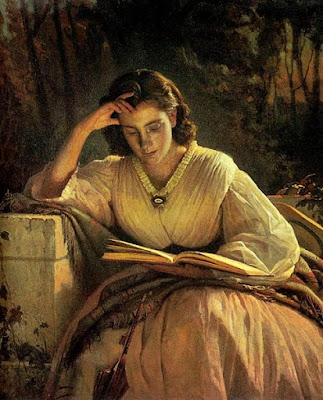 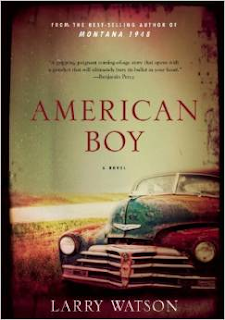 Now let the reading begin!
Posted by Julie at 12:36 PM

It's challenging to find best words to say.
Thank you for sharing a recommend, thanks for reminding us all there is hope, light . .

and, welcome home . .
love & love
from a blogger friend

I was happy to see you writing Julie, I have often thought of you.
I was interested to read how you came back to reading. My Mum wasn't a reader until after my Dads death, initially she watched a lot of TV, until she turned a corner in her greiving and was able to sit and still her thoughts enough to concentrate on a book. Now she reads voraciously, it is company for her and given her a lot of pleasure. She is a "busy" kind of lady and reading makes her think her resting time is not "wasted".

I, too, was a life-long reader until my mother's Alzheimers and years as a caregiver for my in-laws. I just couldn't focus on any plot, no matter how well written. At some point about 18 months ago, books called to me again, but for a long time I read gentle mysteries and other easy fiction. It was a start and I enjoy reading once again.

Welcome back to the unlimited worlds of books!

Welcome back to reading. I've been doing a lot of rereading lately. After the last move/downsizing, I have a hard and fast rule that I don't keep a book unless I liked it well enough to consider rereading it. My budget has been very tight of late, so I've been revisiting old loves. . .

I think it is part of the grieving process that things one formerly enjoyed, no longer appeal, plus there was all that time spent in the here and now of being a caregiver, it's hard to let go, relax that caregiver vigilance, and immerse yourself in a book again.

welcome back to both your blog and to books Julie. You had to give yourself time to grieve, and the rejection of reading was part of that. The fact that you now want to read again is so good!

Congratulations, Julie. It's an important step in the process to begin returning to those things that make us who we are, when you can become more than the Grief. Blessings to you in your new reading endeavors.

Welcome back! Happy for your return. I love your post. I enjoyed reading it. Take care!