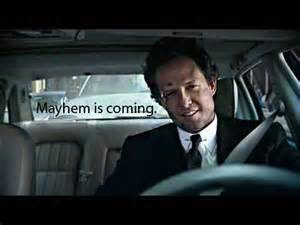 ﻿
Holly is just fine, although part of her nose may be pink for a while. The window will be fixed Monday. Mayhem, stay away from our house for a while. (PS - insurance doesn't cover Dog Mayhem.)
﻿
﻿
Posted by Julie at 8:41 PM

Bless your heart. Your elm trees are probably Siberian elms and they are noted for brittle branches. I had one over the duplex and it routinely shed branches, although none of major size, and it gets pretty windy here, too on the south end of the flatlands. As for that lazy vet of yours, you should have taken a picture of all the blood and mailed it to her and said, "This wasn't something to get excited over?" Since I have cats, finding a good cat vet (they all seem to have gone over to the dog side!) was a bit problematic, but now I've found one who knows I'm not the kind to have a tizzy over nothing and who takes my concerns seriously. Hope you can get one as good.

oh my goodness!! best thing i can do is send a ((hug)) Leanne xx

Boy oh boy what a chain of events! We had a toronado last yr. and mighty Oak trees fell down around our woodland home! Only my car was totalled. It sure was a scary 48 hrs. Cleaning up and at the mercy of insurance company. I can only imagine how frightening it was for you and the fur babies! Your poor dog with the injury to nose!! Ok I feel for you having to do the clean up. LOL.
Julie thank you so much for your kind words regarding the passing of my cats. Babie was diagnosed with 3 illnesses one being cancer and 8 weeks later, she passed away! It certainly is a shock to me how quickly she went! I still think she missed her sister Paisley. I miss them both terribly. A real shock to lose both in the same yr. I truly appreciated your sympathy and visit to my blog. Love and light. Anna

Big hug and love to you this Thanksgiving , its so lovely to hear from you again, I hope life is been kinder to you lately . take care x