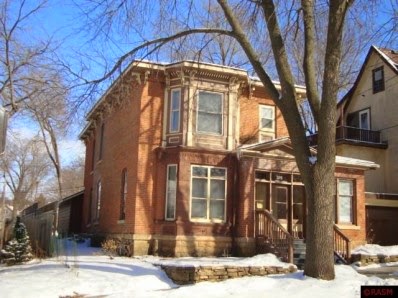 During this long, long winter, I have been addicted to two kinds of TV programs - true crime and DIY. Regarding the latter, I have seen programs where homes were built of freshly-cut logs, ones re-constructed from old barns, houses where contractors come in and "crash" a specific room (in a good way) and apartments re-decorated with a mind to eventually moving the fixings and trappings on to another home.

I've seen houses that have been flipped (including Vanilla Ice's million-dollar but slightly-tacky Florida homes) and houses that have been rehabbed - the difference being that rehabbers are purists who bring homes back to as close to original as possible while the flippers bring in all new materials and design. ("Rehab Addict" Nicole Curtis of  Minneapolis, MN, being the best of the rehabbers. What that cute, petite little blonde won't do to rehab a house! She is first and last on the site with all of the tools, and I mean all tools - she can drive a payloader with the best of them!)

Therefore, it was with great interest that I noticed that my cousin Kevin from Minneapolis had e-mailed me a link to a house listed for sale in Mankato, MN. 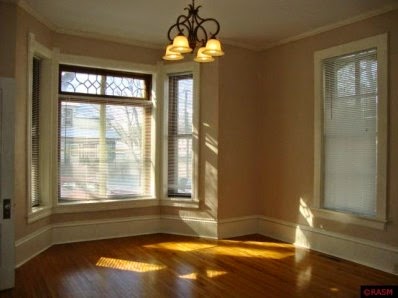 Living room: I love the bay window with its leaded glass insert, and the hardwood floors. 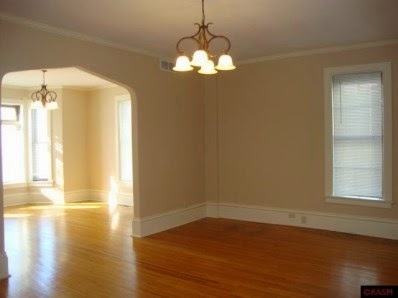 Living room and dining room: Although my home is a one-story stucco cottage, I have archways in my living/dining areas very much like these, and red oak hardwood floors. The ceiling fixtures are ones I might pick out myself. 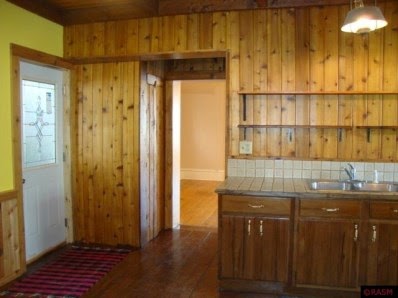 So good, so far. But then we get to the kitchen with its explosion of knotty pine. Oh, how I hate knotty pine. In my opinion the only place for knotty pine is in a rustic cabin deep in the Minnesota or Wisconsin woods. 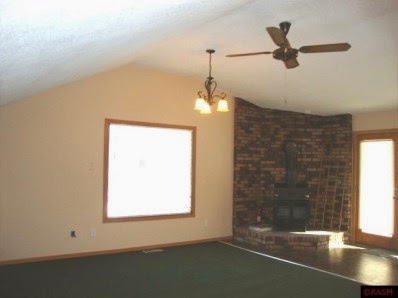 And dear lord what is this room, with the sick green carpet/laminate (?) floor, a strange-sized and strangely-located window, and that brick wall and stove set into the corner by a patio door. What were they thinking?
These latter rooms, at least, add weight to Kevin's description of the house as being "re-muddled". I've never heard the term before, and I don't know if Kevin invented it or not, but what a great description.
But anyway, why would I devote so much space on my blog to a house for sale in Mankato, MN? The simple answer is that this was my Great-Great-Grandmother Jorgine Wangen's home, where she lived with her family from about 1900 to 1930.
How I wish I could see what the home looked like when Jorgine lived there. What kinds of furniture and draperies did they have? Did they own fine china and linens? Did she entertain a lot? Did they have servants? They must have had some sort of economic and financial status to afford a home like this. What kinds of bric-a-brac finds were unearthed during the re-muddle?
I only found out about Jorgine a few years ago, thanks to Kevin's genealogical sleuthing. What is most surprising to me is that my Grandmother, Julia Wangen, from Crosby, ND, never mentioned her. Did she not know that her grandmother lived just one state away? Did she know but had the family somehow disowned Jorgine?
Jorgine was Grandma's paternal grandmother. While Jorgine emigrated from Norway to the U.S., her son, Ole,  and his family stayed in Norway. He and his wife, Margrete, lived on a farm surrounded by mountains in the Gudbrandsdal valley.
Why did they choose to stay behind in Norway? Both Ole and Margrete died at relatively young ages, one shortly after the other. It fell to their four teenage children to sell the farm and bravely immigrate  to Canada (where Julia met my grandfather and eventually moved to Crosby with him).
Oh, such family mysteries and house mysteries. As much as I enjoy the DYI shows, I have let contractors do my work for me on my house. So far it has been mostly utilitarian - a new roof, new gutters, new front door, garage totally re-built. I did design my own deck to replace the rotted-out one but admittedly I did not stray too far from the original except in size.
As far as the interior of the house it only requires cosmetic changes which I will make if I can afford them. The basement has had water damage but I'm not touching it. I can't afford the major reno it would take to bring it up to par so it will fall to the next owners. I only use it for storage and laundry anyway. (And if I only could I would have the laundry on the main floor.)
No, there will be no flipping or rehabbing of my little house. But I can dream. What if I could get my hands on my OWN Great-Great-Grandma's house for a mere $139,900 and rehab it (for a gazillionmore dollars)? That would be a dream-come-true for this DIY-show addict. I could research the newspapers and see if the house was shown in any photos, see if Jorgine threw any grand fetes (hey, this is MY dream), and do research on the styles of Craftsmen homes.
Most of the hard work is done already. Although I didn't show their photos in this post, I could definitely live with the bathrooms and bedrooms. I would only need to tackle a few nightmares like the two rooms above and the enclosed porches. (Do not get me started on enclosing porches! What a way to ruin a great house!)
Anyway, as I said, I can always dream. "Hmm, let's get rid of that dreadful brick wall and stove and put in a real fireplace in another location with an oak mantel and an oak and Craftsman tile surround..." 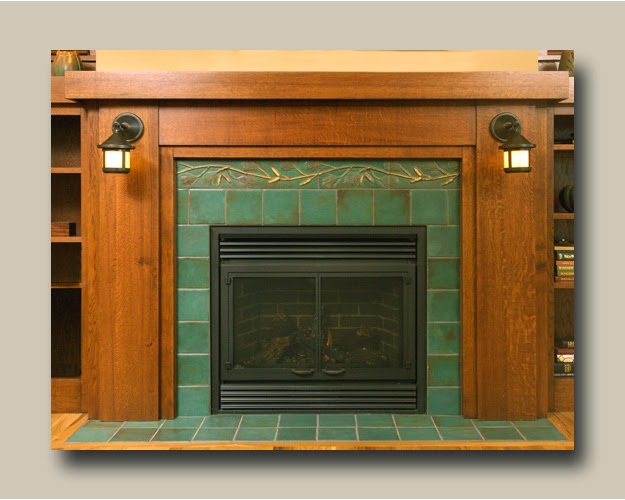 I suspect our tastes are similar both in DIY shows and in Craftsman style homes. My dining room suite is Mission style and I have a couple of other Mission style pieces. Oh, if wishes were horses, we'd be knee deep in it.

How interesting, and with a few exceptions what a beautiful house. You need to do more research.

Hello Celtic Lady! Oh boy I cannot remember the last time we connected through our blogs! So happy to see your comments on my Paisley Tribute. Ah life has taken several unplanned turns which kept me from blogging..but we keep on . There r so few of us from the days before social media still blogging! I can't keep up with it all...to impersonal and overwhelming! Blogging is like coming back home , a place where old friends meet and greet.
Now about your post...I am not into DIY of a home. Too disruptive, messy and expensive!! Give me a brand new home..let me get settled and get outdoors to create my dreams digging in the dirt! Hugs

Lovely house just waiting to be a home, love the bay window with the lead light windows perfect.