Band of Brothers - Brothers in Arms 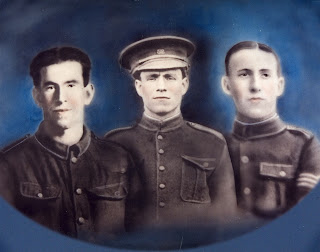 Band of Brothers from Golspie, Scotland - Willie, Archie and Jack

On this Veteran's Day, I celebrate my own Band of Brothers/Brothers in Arms - the four Munro brothres from Scotland﻿, the three Munro brothers from Crosby, ND, and others too - my brother, my husband, my father and his father. 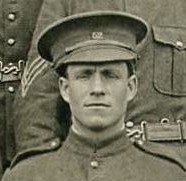 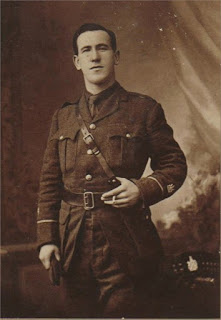 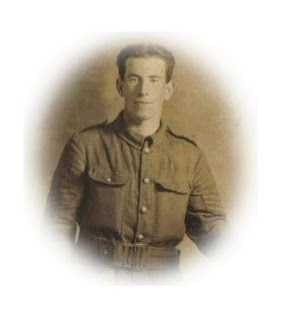 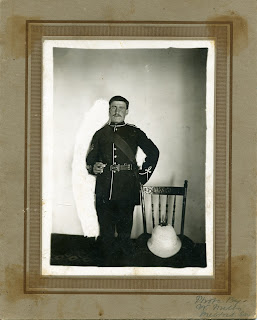 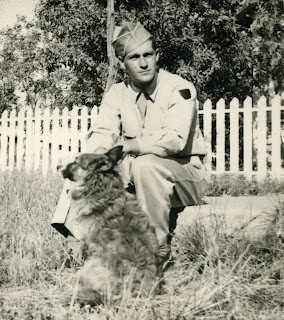 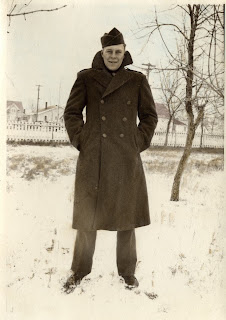 For Veterans' Day 2009 I wrote an entire post devoted to Archie, William and Jack. To read it, click here: http://celticanamcara.blogspot.com/2009/11/lest-we-forget.html. 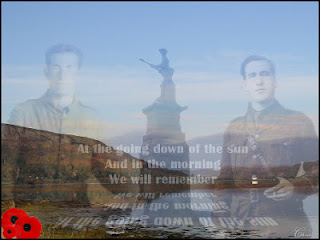 Postcard created by my Scottish 2nd cousin Shirley,
featuring William and Jack Munro and the WWI monument
in Golspie, Scotland with a backdrop of Golspie.

"﻿At the going down of the sun

And in the morning

What a fine line up of family members, Julie. Honoring yours and all of them today.

This leaves one without words ... but a heart filled with gratitude.