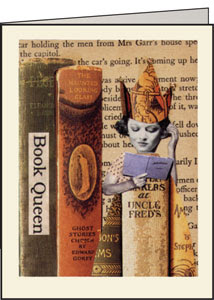 These are the books I read in July:

"Harry Potter and the "Deathly Hallows". Need I say more?

"Luncheon of the Boating Party" by Susan Vreeland. I waxed rhapsodic about this book in a post earlier this month.

"Body Surfing" by Anita Shreve. What I said about Anne Rivers Siddons I'll say about Shreve. I have read most of her books. I think I have read "The Weight of Water" but I'll have to re-visit it because Lila from Indigo Pears got my interest piqued in it. It's funny how one thing leads to another. Lila posted a picture of a Childe Hassam painting which led me to comment about Celia Thaxter's gardening book featuring Hassam's paintings. Which in turn caused Lila to do some research about the murder of two women who were Thaxter's neighbors. Which led to a reference to "The Weight of Water" because this Shreve book revolves around these famous murders that occurred in 19th Century New England.

"Suite Francaise" by Irene Nemirovsky. We read this for book club. I was the first one to open my mouth about the book and was complaining that it seemed like it should have been two separate books. "Well, it was," said Barb N., the host who had chosen the book. "Don't you remember me telling you that?" Erm, no. I guess that's why they call it The CRS book club. Originally, Nemirovsky, who was Jewish, had planned to write five books about the German occupation of France. However, after she finished two books, she was captured by the Nazis and sent to a concentration camp where she died. I felt like such a fool. The first "book" deals with the sorrowful refugee evacuation from Paris when the Nazis invaded; the second "book" is about French villagers who learn to co-exist with their German conquerors.

"Foolsgold" by Susan G. Wooldridge. If you're looking for something to jump start your artistic endeavors, or your poetry writing, go no further. What I like about this book is that she weaves her life into the book so that it's not at all a dry "how-to." I didn't realize I had another of her books: "Poemcrazy". Wooldridge overlaps this book with "Poemcrazy" to a slight extent but not enough to disappoint a person who has purchased both books.

"Tori Amos Piece by Piece", by Tori Amos and Ann Powers. This is no tale of a rock-star diva. Amos is an extremely intelligent, well-read woman who has thoroughly plumbed the depths of her spirituality in all its aspects. She is the daughter of a minister, had a puritanical Christian (read "mean") paternal grandmother and a loving maternal grandfather of Cherokee ancestry. That would be a fascinating enough mix, but Tori folds in discussions of myths, archetypes, goddesses, Mary Magdalene and the Sacred Prostitute, feminism, and older-than-average motherhood.

About the only thing I didn't like about the book were the chapter on her dealings with music moguls, and the chapter in which she deconstructs her songs. Not being musical, I found it extremely boring. However, I remember also being bored when reading ballerina Gelsey Kirkland's biography in which she deconstructed all her ballets. Ladies, first of all, it's boring. Second, leave a little mystique and mystery in your art!
Posted by Julie at 5:26 PM

Julie, you are definitely the book queen!

I'm trying to finish one book tonight..."The Healing Power of Mind" by Tulku Thondup (Tibetan Buddist...he writes very beautifully)
NPR is going to feature a book called "Household Gods" on a book review/interview on Saturday. About the English love of collecting "things" for their homes. I plan to take a look at it!

I love to read too. I am about 3/4 of the way finished with the deathly hallows..

I want to read Tori Amos, I love her image and voice. Yesterday I order the one you recommended to us about the celt meditations. I got very curious with that one.
How many books I read this month? OMG! and a couple of them I reread them too, LOL
I hope you are feeling better Today.

you amaze me at the rapid speed you go through books!
I LOVE Anita Shreve books and have read The Weight of Water - there was a movie as well but it didn't come close to the book. I really like her style and have read a few, like Fortune's Rock...I enjoyed that one as well.
I have Foolsgold but I think I've mentioned this before, I am having a problem concentrating to read lately. I have 'popcorn brain' at the moment thus I will read a whole page and then think 'dang, what did I just read?' It comes from too many projects and things to do all at once! ACK!
Have you read any of Adriana Trigiani books? I've read them all but I think there is a new one out now. I enjoy them immensely, especially Lucia,Lucia.
Anyway, this got long as usual. I hope one day to finally have a list of books I finally finished!
Thanks for the reveiws.
XOXOXO
Love,
Lisa