A GREAT WEEK, AND A BIRTHDAY 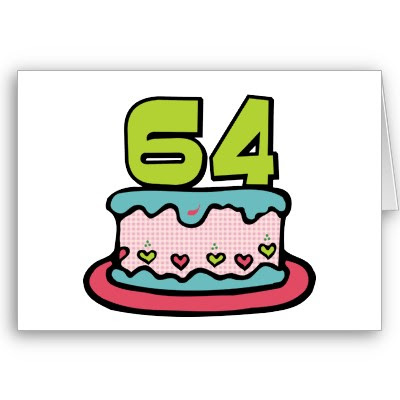 It has been a great week for Dan and me, culminating with his 64th birthday today. Yeah, Dan is 64! You'll recognize this ditty from the Beatles:

When i get older losing my hair,
Many years from now,
Will you still be sending me a valentine,
Birthday greetings, bottle of wine?
If i'd been out till quarter to three
Would you lock the door?
Will you still need me, will you still feed me,
When i'm sixty-four?

You'll be older too,
And if you say the word,
I could stay with you.
I could be handy, mending a fuse
When your lights have gone.
You can knit a sweater by the fireside
Sunday mornings go for a ride,
Doing the garden, digging the weeds,
Who could ask for more?

Yeah, I still need him and I still feed him. Because he is still having difficulty eating meals in the evening, I took him out for brunch today. We went to the Blarney Stone Pub for a pub lunch -  or in his case - a Dublin breakfast of bangers and eggs. Later I made him an angel food cake with buttercream frosting. That's the standard birthday cake for everyone in our household.

On Wednesday, Dan was in Fargo for a CT scan at the VA Hospital. He received the good news that he is still in remission! He's been in remission since April, but it has not been smoothing sailing at all. After the effects of the chemo wore off, he regained his appetite and began a routine of having bacon, eggs and hash browns every single day! Then, he felt like the chemo effects were coming back and lost his appetite. He lost all the weight he had gained back too.

Then, a couple of weeks ago, his right leg swelled to twice its size, and he had pain in his hip and leg. A trip to the ER and a deep-tissue ultrasound showed a horrifying sight: a massive blood clot running from his groin to below his knee. He was immediately admitted and given intravenous blood thinners. He spent two days in the hospital, then a few days at home giving himself heparin shots.

His leg is still swollen and giving him pain. He's been told this may go on for months. He has to go back to Fargo tomorrow to see a cardiologist to make sure the clot was not caused by anything other than a side effect of the chemo drugs. The upside is that his appetite seems to be returning.

I got really good news on Wednesday too. I was hired for a permanent, full-time job with the North Dakota Secretary of State's office (I had been working as a temp there for the past 8 months.) Now I will have full benefits for the first time in more than four years. As the Brits say, I am chuffed!
Posted by Julie at 5:32 PM

Happy Birthday Dan and many more to come. Avalon blessings to you and your family

Belated birthday greeting to Dan - I'm a bit late on catch-up this week.
Hope the healing is quicker than expected.
Rose H
x

What a roller coaster - but glad they have caught the blood clot in time - and that another birthday has come and can be celebrated. Congrats on the permanent job too. Hope all goes well from here on.

Congrats on the job, and especially the benefits. Hope hubby's clot dissolves soonest.