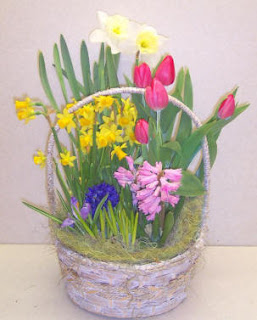 Because my computer has been so painfully slow, I have dreaded posting anything to this blog lately. But I figured I had better come around and update it, especially to let you know about Dan's condition. His latest CAT scan provided very good news. The lymph node involvement is now almost non-existent, and the original tumor is even shrinking. (A diffuse tumor, it is inoperable.)

There was a lot of rejoicing when he called me from Fargo to deliver that news! He is feeling well this week, which unfortunately means he is almost ready to go back for another round of chemo.

Already, I can see how each three-week cycle goes: 1: Almost euphoric the day of the chemo treatment (probably from the steroid IV he gets first), 2: somewhat nauseated the next few days (but the pills help a lot with that), 3: then being really crabby and feeling like he has been hit by a truck, along with getting a cold or flu if there are germs ready to attack his weakened immune system, 4: feeling somewhat better, and 5: finally feeling quite good. Which means it's time for chemo again. ﻿

I can actually feel your good vibes, well wishes, prayers and positive thoughts winging toward us. And I don't care if you worship Jesus, Buddha, Mohamed, Celtic gods, the Great Spirit or the Universe. I feel that all prayers go to the same place and I thank you so much for praying on Dan's behalf. I know for sure that Kristen and I have guardian angels (Kristen's has been especially active over the course of her life!), and I am hoping that Dan has one too, to stand by him like a fierce warrior as he faces more chemo treatments (next one is March 7).

March came in pretty much like a lamb, with temperatures in the high 30s, sun and melting this afternoon. I have to qualify it though, because February was the real lamb. Almost all month, we had bare ground and mild temperatures into the 40s and 50s. Then, late in the month, we had three "snow events" (I can't call them snow storms - those were reserved for other areas of the state.)

March is generally the month when I write about "All Things Irish or Celtic", in honor of St. Patrick's Day and my Irish heritage.  I haven't written any this year, but since I am feeling better about Dan I might write a couple if I thought you were interested. Anything you want to see? Let me know!

Speaking of feeling better about Dan and trying to feel better about winter in general, I have been trying to have one blooming plant in the house at all times, ever since Dan told me how much he enjoyed them. Over the months I've had deep pink, purple and red cyclamens; pink and yellow begonias; orange and pink kalanchoes; an Africa violet; a few orchids; and yellow and purple primroses (which did not last nearly long enough).

Last week I bought what was dubbed an "indoor bulb garden" -  no blooms, just greenery and buds. A lot like the one shown in the photo at the top of this post, it now has three mini-daffodils with more to come, one blue hyacinth and one in bud, and something very mysterious in bud that I can't wait to see. It may not be spring outdoors, but it is indoors!
Posted by Julie at 4:09 PM

So delighted that Dan is doing well. Sending more good vibes and positive energy to you both. Time hangs so heavy when you feel too miserable to do anything. Does he like music? Listening to music helps take your mind off things, especially if it's soothing music.

I am so glad for the good news. You and Dan have been in my thoughts and prayers.
Mary

Great news about Dan. May the shrinking of the tumor continue till invisibility occurs!!! How tough it has been for you all; keep soldiering on! Keep the positive vibes flowing!
About your bulb basket: I wonder if your mystery bulb is a grape hyacinth? Hope you let us know; I love a mystery.

wonderful news to wake to this morning Julie! Prayer is a pwerful gift, we will all keep sending them as long as they are needed!

So glad to hear that things are looking good for Dan.

What great news for you and Dan :o) The power of positive thought is amazing...I'll keep on sending them.
Rose H
x

It is really good to know Dan is doing well. I will continue to pray for you both...I love you, Mary

Great news - I know how it is - and I know that you feel better when he is doing better. I look forward to more wonderful reports!

Wonderful good news, Julie. So glad things are going well. Also, very glad you have had such a mild winter. It has, no doubt, made the dealing with medical matter much easier.

Thinking of you and wishing you well. I hope Dan continues to improve and I hope that you have the strength to watch and wait. Life can be so hard, take care. x

Happy to hear the good news for the Celtic Lady and her Man! Keep ahead.