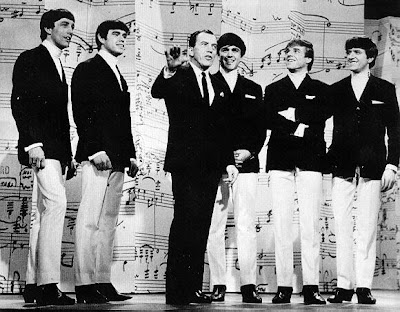 I was thrilled when I heard that the members of the Dave Clark Five, part of the British Invasion of the 1960s, are going to be inducted into the Rock and Roll Hall of Fame on March 10.
As a teenager, I loved this band, which had quite a string of hits over the years they were together. “Because” is one of the prettiest ballads ever. Other hits include “Glad All Over”, “Bits and Pieces”, “Catch Us If You Can”, “On Broadway”, “Over and Over”, “Can’t You See That She’s Mine” and "Anyway You Want It."

I was one of those rock-struck teenagers who bought all the DC5 albums and 45-RPM singles. In addition to the music, one reason I liked them so much is because they were the underdog, usually Number 2 in popularity behind the Beatles. However, “Glad All Over” did knock the Beatles off the Number One spot on the pop charts in England.

Another reason I loved the DC5 was because of Mike Smith, the lead singer and keyboard player. He was really cute, and he was the true talent of the group. Even Dave Clark has said that it should have been called the Mike Smith Five, but Mike didn’t want it that way.

Smith has said that he will absolutely be at the induction ceremony. This will be extremely difficult for him, as he was injured in a fall in 2003 and is almost totally paralyzed, having just a bit of movement in one arm. He spent four years in the hospital, finally going home just this past December. He still needs a team of full-time caregivers in addition to the loving care he receives from his dedicated wife Arlene, nicknamed "Charlie."

Smith and his wife met and fell in love back in the 60s during one of the DC5’s many sold-out U. S. tours. They were separated by distance and his career but were reunited and married after 35 years! Unfortunately, their happiness was shattered by his accident not many years later.
However, Smith maintains an incredibly upbeat attitude, which is spotlighted in the website maintained by Charlie. On the site, his messages never reflect anything but joy for life and gratitude for the love of his family and friends.

Speaking of Smith’s friends, one truly special friend is Peter Noone, the lead singer of another popular 60s British group, “Herman’s Hermits.” Peter spearheaded the efforts to raise the money to purchase a wheelchair for Smith and, just recently, a fully equipped van. Another longtime fan and great friend Paul Shaffer, leader of David Letterman's orchestra, organized a benefit concert for Smith in 2005. Other admirers/supporters included Bruce Springsteen, Stevie Van Zandt and other members of the E Street Band. Smith was over the moon when he was able to attend a recent Springsteen concert in England.

Many other friends, fellow musicians and fans contributed to a fund set up for Smith’s expenses but it has been alleged that the funds have been mismanaged, so on top of everything else he and his wife are enmeshed in legal battles trying to recover the money.

Mike Smith, I’m still one of your biggest fans, and I really, really hope you make it to the induction. And congratulations, Dave Clark Five. You’re finally getting the recognition you deserve. 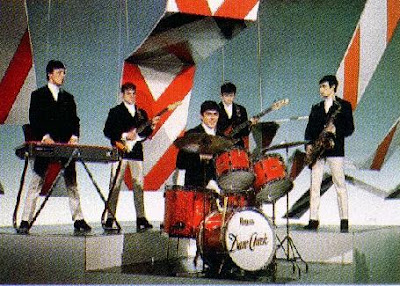 
NOTE: I wrote this post a few days ago and planned to post it in early March. I was stunned and heartbroken to learn, while watching the David Letterman show last night, that Mike Smith died yesterday of pneumonia, just days before the induction into the R & R Hall of Fame.

The accolades are already beginning to pour in for Smith. How sad that he couldn't have read them before his death. Here's what USA Today had to say:

"Until the group's Hall of Fame election, the Dave Clark Five was one of the most underrated bands of the British Invasion. It was dismissed as a teen-appeal act because of its numerous pop hits — 16 top 30 hits from 1964 to 1967 and an astonishing 13 albums on the charts in the same period, with worldwide sales now estimated at 100 million records. The DC5 was second to The Beatles in popularity until the Rolling Stones usurped that position.

There were sound musical reasons for that popularity, and Smith's raspy R&B-styled growl, along with his pulsating piano and versatile songwriting gifts (in tandem with group leader/drummer Clark), was a key ingredient.

He powered the band's unique musical engine, which de-emphasized guitar heroics and leaned on drums, sax, keyboards and rhythm guitar to produce a raw, rocking roar.

First hits Glad All Over and Bits and Pieces established the foot-stomping blueprint, while Any Way You Want It took hard rock to new, more power-packed heights. Later songs such as 1966's Try Too Hard, a piano showcase for Smith, showed progression without sacrificing impact.

He won't see it, but Smith's music will get its long-overdue historic validation at March 10's ceremony."

The Dave Clark 5's USA Page said this: "Mike will have a better view than any of us at the R&R Hall of Fame Induction, not to mention an even more glorious induction into eternity." 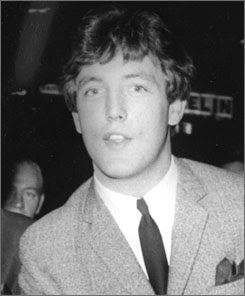 You almost made it, Mike.
I know you'll be there in spirit.
Posted by Julie at 9:17 AM

How sad! Thanks for doing this post....I wasn't aware that he had died. I always liked the DC5, too. And I remember when Paul Shaffer mentioned the benefit on Letterman's show but I had no idea Smith was in such bad shape. I'm sure he's watching it all from his special place and smiling at all the attention and accolades he's receiving.

It's sad that some never get their true recognition until they are ill or have died.

Julie I was living in the UK, when they were popular, and my sister loved them. She bought all their records. I hadn't thought about them for ages, and I didn't know Mike had passed away. Like Janet says, he will be able to watch it from his special place now.
This is a lovely tribute you've given him.
hugs
xx

Herman’s Hermits was the first live band that I went to see.

Those were the days my friend..45s and all.

OMG, as my son would say... I was so enjoying the first half and genuinely celebrating with this long overdue accolade. Then, I got to your NOTE... I was reading it aloud to my husband, who is 55, and I could hardly speak through my tears. I had even been thinking how wonderful it would be for Charlie to know about what you have posted here.

The timing is remarkable. I will bet that his death will probably even garner more attention and appreciation for his contributions. Playing second fiddle most often just defers the true appreciation for when people get over being star struck and begin to see again.

Thanks, Julie. I know Mike would have loved reading this post!

Oh how sad. I love this group as a teenager. I know I have some of the old 45 records around here somehwere.

What a wonderful example of a joyful creative spirit! (Cute too!)

Very nice tribute.I too was a fan of the British Invasion bands.DC5 were among the best. Glad they will be in the RR hall of fame. I loved the Beatles alot too...
also remember a duo called Chad and Jeremy?

They were always my favorites. Never much of a Beatles fan, but the DC5 was mine. It's so sad to hear of Mike, Rick and Denis passing. Keep rockin heaven, guys!