**********
"We few, we happy few,
we band of brothers
For he to-day that
sheds his blood with me
shall be my brother"
William Shakespeare, "Henry V"
**********
Last year for Memorial Day, I wrote about my three Scottish Munro great-uncles who fought in World War I. Two were killed in the war, and one died afterward, as a result of being gassed.
This year, I honor my two American Munro uncles who fought in World War II, and made it back home afterward, to Crosby, ND.
Donnie fought in both the European and Pacific Theatres. His younger brother, Scotty, who dropped out of high school to join up, fought in Europe. He went back to school and graduated after the war. 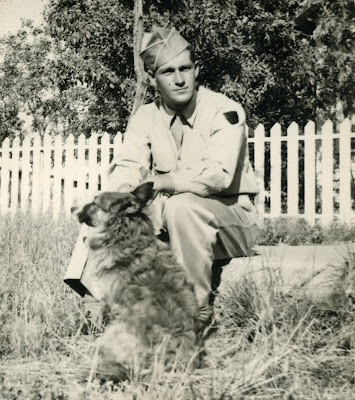 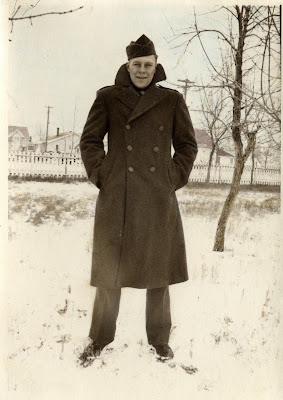 James "Scotty" Munro
Donnie and Scotty, you're both gone now, but this is for you, with love and gratitude:
**********
"These mist-covered mountains
Are a home now for me
But my home is the lowlands
And always will be
Some day you’ll return to
Your valleys and your farms
And you’ll no longer burn
To be brothers in arms
Through these fields of destruction
Baptisms of fire
I’ve watched all your suffering
As the battles raged higher
And though they did hurt me so bad
In the fear and alarm
You did not desert me
My brothers in arms
There’s so many different worlds
So many differents suns
And we have just one world
But we live in different ones
Now the sun’s gone to hell
And the moon’s riding high
Let me bid you farewell
Every man has to die
But it’s written in the starlight
And every line on your palm
We’re fools to make war
On our brothers in arms"
"Brothers in Arms," Dire Straits

**********
Watch "Brothers in Arms" here: http://www.youtube.com/watch?v=8M9U1OU0MzU&feature=related
To learn about a true life WW II band of brothers in arms - the members of Easy Company of the 101st Airborne Division - watch "Band of Brothers", the excellent 2001 10-part miniseries produced by Steven Spielberg and Tom Hanks. To learn more about it, go here: http://www.imdb.com/title/tt0185906/
Posted by Julie at 7:01 AM

What a lovely tribute. Dire Straits was awesome!

Nice tribute Julie, glad that they both made it home. Bet Donnie broke a few hearts in his time:)

Wonderful tribute to your uncles Julie. I can`t imagine what it`s like to have a loved one leave for war....

We sometimes take freedom for granted. My respects to your uncles amd all those who served for us.

WOW that was a great tribute to your Uncles. WWI was such a horrible war with the gas and all although NO wars are good or fun that is forsure.
WE love watching "Band of Brothers." Great movie.
Hope your day went off well.....ours did here.
See ya!
Joyce

Come over and see the latest, in "The Saga."

Very poignant, Julie! I enjoyed and reflected on ALL of it. The poem is tremendous!

We have the series, "Band of Brothers." I think everyone needs to see it. We cannot afford to forget. My freedom to even type this comment had a very heavy price.

If Bear and I had the time, we would virtually spend all of Memorial Day weekend watching documentaries and war movies. It hits very deep here!

Hi, Julie, I probably told you last year too that my maternal grandfather was on the Somme in WWI. This is a lovely tribute. Your family has some history!

I've tagged you or a meme. Come on by!

Wow - powerful words - even more powerful images. Thank you for reminding us the cost of this freedom we so often take for granted. Both of your uncles are heroes -
Colleen

you know, I thought I commented here... ahh well.. here I am anyhow xoxo (can't remember what I thought I said)