A LETTER TO MY BOOK CLUB 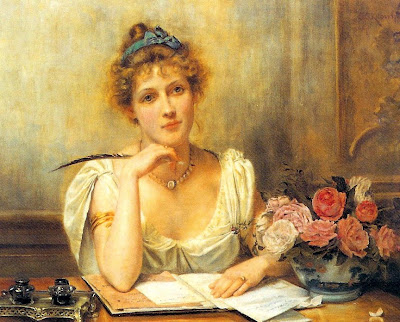 This is an open letter to the members of my book club and to others who belong to book clubs but do not read the book:

After our latest book club meeting on Thursday evening, I feel compelled to offer my thoughts on what it means to be a member of a book club.

In my opinion, a person who joins a book club has contracted to an unsigned but tacit agreement that he/she is willing to read and discuss one book a month.

While our club is a greatly enjoyed social club, it is primarily a book club.

There are certifiable excuses for not reading the book. However, most excuses are flimsy at best and get really old after a time. They are merely indicative of the low priority you give to book club. Your incredibly busy social life is not an excuse and frankly does not impress me. I may not have a life that is as busy, splendid or essential to the community as you think yours is, but I still have one and my time is just as precious and valuable to me as yours is to you.

I repeat, there are valid excuses for not reading the book. However, M., while your life has been really difficult in the past couple of years, and it is understandable that you may not have the time, spirit or energy to read the book these days, you've always had some kind of excuse in the 17 years I've known you. In those same years, I was raising a child and had a full-time job.

You didn't even bother to buy the book? You didn't get it from the library quickly enough? You couldn't find anyone to borrow it from? You don't trust/know how to order from amazon.com used (but you use a computer at work all day long, V.)? Get real - all of you have more money than I do.

When you do not read the book, you may think it only impacts yourself, but this is not true. We dutiful readers are always left to carry the discussion. We are made to feel bad that we may reveal a plot twist or - heavens - the ending. In a book club as small as ours (because we are "too old and set in our ways" to invite new members), having members who aren't that faithful about attending either, we have had as few as two people who've actually read the book. Is this really the way to operate?

I was terribly hurt by the people who threw me under the bus on Thursday evening. J., we've been talking for months that something had to be done. To quote you, "It is disrespectful to other members to not read the book." You promised time after time that you were going to bring up the matter, and that B. N. was in agreement with us.

But on Thursday night you both left me twisting in the wind. Instead of the three of us providing a united front, you let the others think the idea for the discussion was all MINE. You let me take the heat, absorb the snotty remarks (K.: "I don't have to read the book if I don't want to!") and receive the silly rejoinders. (B.W., just because there was not much discussion about a particular book is no reason not to read the next book.)

Do you know the definition of being "thrown under the bus", also known as hypovehicularization? It means betraying a friend, sacrificing her, making her a scapegoat or a fall guy, letting her take the entire blame. Don't argue with me that I wasn't thrown under any bus. I felt the push on my back, have the broken bones and squashed organs, and still have the tire marks on me.

Regarding the phrase "to throw someone under the bus, The Word Detective says in his blog that the key to the phrase "really lies in the element of utter betrayal, the sudden, brutal sacrifice of a stalwart and loyal teammate for a temporary and often minor advantage."

I'm tired of being known as the Book Nazi just because I ask members to read the book. I'm taking your advice and finding a book club in which the members do just that.

Since I will be absent henceforth, you will now have two people who always read the book, and four who habitually don't. I understand that some members have now said they will "try harder" to read the book. Fat chance. That won't last long. You still refuse to take new members? The club - as a book club - is doomed.

I always thought a book club was about reading books! Did someone think they were cute playing video games instead of reading the book? That's crazy! Of course I understand that things come up sometimes. Reading the book can't be top priority if more pressing matters are at hand. However,
playing video games isn't one of those excuses. Instead of you leaving the club, the members who consistently refuse to read the book should be booted out.

I have to admit I started off giggling at your descriptions. We have all been there. But then I felt bad as I realized the direction this was taking. I hope you find a group that is more fun and less blood pressure raising than that one.

Gemma, when I chided the lady who was playing video games instead of reading the book, she said "F--- You!"

If they were to boot anyone out of the club, it would be me, but instead I quit. This is a long-standing club of 35 years. One of the women who habitually fails to read/finish the book (about 3/4 of the time) is a charter member. Even tho I've been in the club for 17 years, I'm the newbie. "Last to come, first to go."

We called our book club "Wine, Women and Books". WTwelve of us met each month - put money in a kitty, and the hostess used it to buy a selection of blloks. We then shared them... keeping a mini library and enjoying the camraderie of reading what we enjoyed. No set text.
WAs wonderful - loved every meeting for 10 eyars... then I had to move... must restart it!

Women need to socialise - perhaps find a club more sutied to your needs? I revelled in finding women of like mind who loved all sorts of books.

I'm sorry you were hurt. There's no excuses for their behavior. In this time of ours, life is precious and you need to surround yourself with people who honor you and whom make you smile at just the mention of their name. You are a talents, loyal and strong friend..and you should reap the benefit of your spirit.

I'm sorry you're hurting my friend. You have too much on your plate to be around "spirit zappers"

It's definitely their loss..

I applaud you for saying how you felt and am sorry that you're "friends" did not have the decency to support you with an argument that they agreed with. I am glad that you have left because in those situations people rarely, if ever change their ways.

Best of luck in finding a new book club!

a club is suppose to be a gathering of people who had the same advocacy and interest. you did right by leaving the club. Julie, you can always share with us here the books that has interest you so we can look for it in a bookstore, ok?
xoxoxoxo

I agree with Odette, you could share with us what you read. You always bring things to life with your words. I am sorry that you have been hurt:(
Arney has gone back to work, we can breath now. He was off for four months, so they had to find a department for him to work in. These are hard times. I know you have allot on your plate, I so hope you will be going back to work. Thinking of you with Love, Mary

Well said. I've belonged to a number of book clubs over the years as I love reading and sharing the adventures to be found on the pages. It always amazed me that folks who wouldn't bother reading the book under discussion felt free to analyze it. How they thought it helped the conversation is beyond me. Anyway, I saw your post and wanted to say good for you!

As one who once established a new book club and understands your frustration and the need to rant; I encourage you to make the next book YOU read, to be: The Four Agreements by Don Miguel Ruiz.

It is their loss!
Hugs!

I was in a book club once and was very excited about it.......then at the meetings...they always gossiped or went over politcal things or other goofy things and we NEVER discussed the book!

It frustrated me to death. Especially since many of these books were expensive.

I would sure like to think that you READ the book if your in a book club and that you discuss it. HA!
Don't worry about being a "book nazi" I would be too. HA!
Sorry I can't join your book club right now.....it's not because of you....it's because I'm WAY too busy right now.

I confess that Book Clubs are something I've always avoided, my choice of reading rarely includes stuff on the best seller lists and in any case all I want to do is read the books, discussing them isn't my thing. It seems pointless joining a book club if you aren't going to read the books selected and contribute to the discussion though. I think you are probably well out of this group!