ARE YOU A RAT? 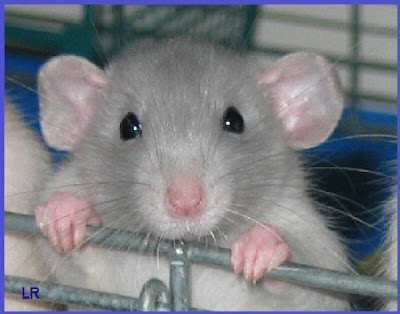 Are you a rat? My husband is a rat. I am not. But there are many rats out there. You know who you are, or do you? 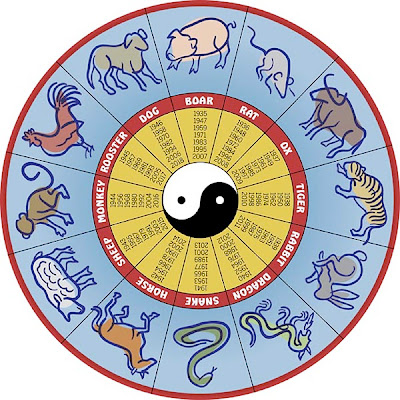 A highly respected animal in Chinese culture (unlike its western image), the rat was given first place in the zodiac and declared to represent new beginnings and keen intelligence. Those born under this sign are alert and persevering. They save and work hard for things they most desire.

People born in the Year of the Rat are noted for their charm and attraction for the opposite sex. They are likely to be perfectionists. They are basically thrifty with money. Rat people are easily angered and love to gossip. Their ambitions are big, and they are usually very successful. They are most compatible with people born in the years of the Dragon, Monkey, and Ox. 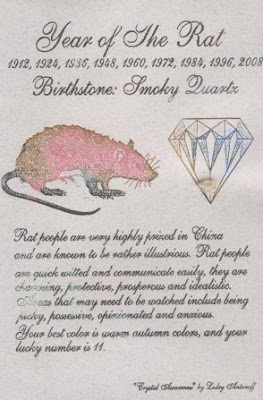 (Click on card to read.)
**********
The following information was taken from the website of the Chinese Culture Center in San Francisco:

The Chinese animal signs are a 12-year cycle used for dating the years. They represent a cyclical concept of time, rather than the Western linear concept of time. The Chinese Lunar Calendar is based on the cycles of the moon, and is constructed in a different fashion than the Western solar calendar. In the Chinese calendar, the beginning of the year falls somewhere between late January and early February. The Chinese have adopted the Western calendar since 1911, but the lunar calendar is still used for festive occasions such as the Chinese New Year. Many Chinese calendars will print both the solar dates and the Chinese lunar dates.

In the Western World, the years are dated from the birth of Jesus Christ, for example, 1977 means 1,977 years after the birth of Christ. This represents a linear perception of time, with time proceeding in a straight line from the past to the present and the future. In traditional China, dating methods were cyclical, cyclical meaning something that is repeated time after time according to a pattern. A popular folk method which reflected this cyclical method of recording years are the Twelve Animal Signs. Every year is assigned an animal name or "sign" according to a repeating cycle: Rat, Ox, Tiger, Rabbit, Dragon, Snake, Horse, Sheep, Monkey, Rooster, Dog, and Boar. Therefore, every twelve years the same animal name or "sign" would reappear.

A cultural sidelight of the animal signs in Chinese folklore is that horoscopes have developed around the animal signs, much like monthly horoscopes in the West have been developed for the different moon signs, Pisces, Aries, etc. For example, a Chinese horoscope may predict that a person born in the Year of the Horse would be, "cheerful, popular, and loves to compliment others". These horoscopes are amusing, but not regarded seriously by the Chinese people.

The animal signs also serve a useful social function for finding out people’s ages. Instead of asking directly how old a person is, people often ask what is his or her animal sign. This would place that person’s age within a cycle of 12 years, and with a bit of common sense, we can deduce the exact age. More often, though, people ask for animal signs not to compute a person’s exact numerical age, but to simply know who is older among friends and acquaintances.

According to Chinese legend, the twelve animals quarreled one day as to who was to head the cycle of years. The gods were asked to decide and they held a contest: whoever was to reach the opposite bank of the river would be first, and the rest of the animals would receive their years according to their finish.

All the twelve animals gathered at the river bank and jumped in. Unknown to the ox, the rat had jumped upon his back. As the ox was about to jump ashore, the rat jumped off the ox's back, and won the race. The pig, who was very lazy, ended up last. That is why the rat is the first year of the animal cycle, the ox second, and the pig last. 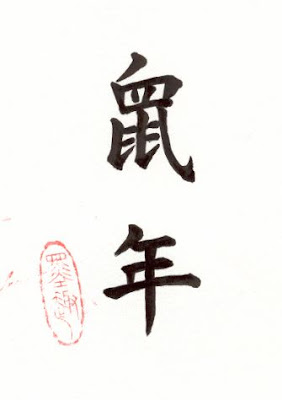 There are many different versions of this tale. Here's another one:

One day, Tian Di (The God Above) wanted to manage all animals on earth. He took out 12 chairs and told the cat to tell 11 other animals to go to the sky palace. When the cat told the ox about it, the rat overheard the news. The rat was very angry and he ran as fast as he could to the palace. As a result he got there before the ox. Tian Di then let him sit on the first chair. The ox took the second seat. Then the tiger, the rabbit all came and settled on the chairs. From then onwards, the rat comes the first in the zodiac cycle. The cat was not in the cycle because he went to tell other animals. Ever since, the cat is not in the zodiac cycle, and he and the rat are mortal enemies.

Chinese New Year is the longest and most important celebration in the Chinese calendar. In China, people may take weeks of holiday from work to prepare for and celebrate the New Year.
Did you celebrate Chinese New Year? I went to the Rice Bowl restaurant for chicken almond ding, an egg roll and consomme soup.
I mentioned earlier that my husband is a rat. Well, he is! He was born in 1948. If you're a rat, I hope you're a nice rat like the Baby Blue Dumbo Pet Rat above.
My Aussie friend Annie of http://www.bimbimbie.blogspot.com/ is a rat too. She has some really nice things to say about rats, including a special Australian rat, the Wopilkara, or Greater Stick-nest Rat. Please visit her blog to see the collage she made feauring her Wopilkara and the Ratty things she intends to do during this Year of the Rat!
P. S. I'm an ox. It's my year next year.
Posted by Julie at 7:48 PM

Labels: The Year of the Rat

Hi Julie. what a pretty and informative post. I'm a Boar. And are you just the cutest little pink eared rat. Hugs, Annie

I just checked Daisy's profile and she was a Rat... I am a rooster.. cock a doodle doo!! I am going to a Chinese New Year banquet tomorrow night!

Here's to the Year of the Rat and everyone born to that sign! A prosperous new year to all. I used to work in a place where the Chinese new year was celebrated, along with the Ukranian Christmas. It was fun to hear about other cultures and traditions and is something I miss in my new place. Thank you for all the interesting information you post; I read it often and try to post often so you know I'm here. (I used to post as Storms and Rainbows/Patricia...have a new blog now)

No rats here, but that is the cutest little rat, made me smile..

I posted about chinese new year yesterday, declaring loudly that I am a RAT!!! hopefully this means i'll have a better year than the last one!

This post is great! My hubby is a rat and I'm a sheep....apparently we aren't compatible accoring to the info! But I think we are anyway. Loved this!!

as Gemma said busy week for me, too!
I am a rooster.
And When I went to LA, I attended a buddhist chinese temple and what a great experience I had!!!
I learned and relearn and I had lots of joy, too.

Hi I found you through another blog "Mermaid"?

I enjoyed your pictures and your family history. My family and my husbands is Scot Irish and Danish with roots in the Dakota's too.

Anyway I thought you might enjoy my husbands music. We went to the Celtic Isle and he wrote it there and I did a video film on my blog and on his myspace.
www.myspace.com/jdharpguitar

The music thrills my Celtic roots.

I'm not a rat, I'm a rooster - I notice quite a few of us turning up here. That's a lot of interesting information, Julie. Thank you.

Hi Julie loved reading all the extra bits about us ratties ... even our not so good bits *!*

Looks like I'm a sheep! Bob brought home Chinese food - not my favorite especially as they charge $3.00 extra for brown rice which I wanted - he ended up bringing white because he said it looked brown after being fried - MEN!!

I'm a Buffalo (or Ox depending on who printed the calender !)
But I wouldn't mind being a ret if I was as cute as this little chap..!
Interesting info Julie, as always..!
hugs..
xx

A rat, huh? My Mom told me recently that she didn't like the movie, "Ratatouille," because she couldn't fathom rats in the kitchen. I thought the movie was ingenious and even brought redemption to the rat population—well, to some degree... This photo of a rat is so darn cute that I wanted to go out and buy one!

This is interesting information. I have a Christian Chinese friend who has explained many cultural things to me, but not in this depth.

I`m a dog. Chinese Astrology is interesting. Hope it`s a good year for us all! The I Ching is a fascinating Chinese system.

I am a Tiger, married to a Dog.
These are amusing horoscopes!

just checked us out and I am a Tiger,Ceri is a Dog,Meghan is a Dragon and Bethany is a Monkey!So now we know!love from Kathyann and the girls

Julie, Thanks you sharing this post with all of us Rats :-}
Not only am I a Rat born in 1948 but so is my Granddaughter Isabella who will be 12 this year.
How very informative and fun this post is..
I have really enjoyed visting your very lovely blog!
Blessings ~Mary~