A TRIP TO THE OWL BOOKSTORE 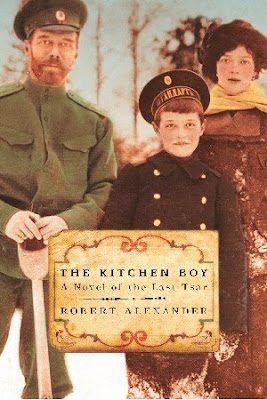 "The Kitchen Boy" by Robert Alexander


As I have mentioned before, I no longer shop at Barnes and Noble (except to "window" shop). I do order used books on amazon.com, at prices as low as a penny. But even with such low prices, there's always a shipping charge of $3.98.

I've found a new, cheaper place to buy books: The Owl Bookstore in Bismarck. There are actually two used bookstores in town, but the other one frustrates me because of the way it's organized. A certain book could be found in romance, or mystery, or suspense, or fiction, or new novels or god knows where else. It totally frustrates me, and I always give up before I even start looking.

What I like about The Owl - besides its massive collection of owl figurines - is that not only is it better organized, it keeps all the trade paperbacks in one place. I can almost always count on a trade to give me a good read. So that's where I gravitate first, as well as to the hardcover table, where like-new books sell for just $1.00.

Of my latest haul, I've read six of the books (I already reviewed "The Wild Parrots of Telegraph Hill"). Here are some mini reviews of each:

Pictured above is "The Kitchen Boy" by Robert Alexander. I really enjoyed it, especially since I have read quite a bit about the Romanovs - Nicholas, the last Tsar of Russia, his wife Alexandra, and their five children.

This might be called an alternative history book, asking the question, "What if one of the Romanov children survived their massacre in 1918?" That question has been posed many times before, of course, and there have been several pretenders over the years; especially famous was Anna Anderson, who claimed to be Anastasia. Now we know, through DNA testing, that all of the Romanovs died together. But as Samuel Taylor Coleridge said, there are times when we give our reading selves over to "a willing suspension of disbelief."

The book, told though the eyes of the imprisoned family's kitchen boy (in real life this servant was not among the others murdered with the family), really brings the Romanovs to life, and I think it gives a fairly good picture of what the family probably endured after they were confined to house arrest. 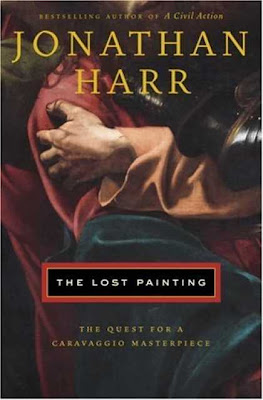 "The Lost Painting" by Jonathan Harr

About a third of the way through this book, I'm thinking, "This isn't a very good novel. The characters are wooden, the chapters end too abruptly, there's no point in including Francesca's flimsy romance, there's so much boring detail, etc., etc." About two thirds of the way through the book, I realized it was not a novel, but a non-fiction book. Duh, Julie! But how was I to know? The back of the book is given over to praise of another of Harr's books, there are no reviewers' quotes at the beginning, and the front of the book carries only the title. Maybe the full title - "The Lost Painting - The Quest for a Caravaggio Masterpiece" should have given me a clue, but it didn't.


I did enjoy learning about the restoration of works of art and searching their provenance, and about the life of Caravaggio and how one of his authentic masterpieces was discovered in Dublin, Ireland, of all places. However, I still maintain that a non-fiction book can and should be as good as a novel (e. g. "Midnight In The Garden Of Good And Evil") and this one does not make the grade. 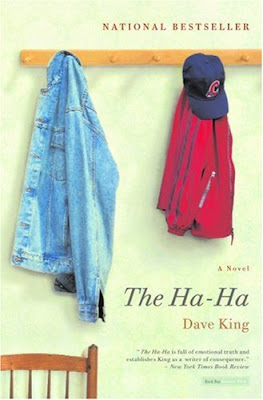 "The Ha-Ha" by Dave King

I enjoyed "The Ha-Ha" very much. It tells the story of a Vietnam vet whose head wound leaves him with a brain injury that renders him unable to speak. What's worse, even though he is a fully cognizant being, he is also unable to write or use universal sign language, leaving him only able to communicate with others through a few hand and body gestures and strange grunts.

Through Howard Kapostash's mind's eye, we learn what his life is like, and how it changes when he becomes a temporary guardian for Ryan, the 9-year-old son of a former girlfriend. Though he is not Ryan's father, he and the boy form a close bond and together with Howard's roommates (one female and two males), they become a real, if non-traditional, family. Through the boy, Howard's formerly narrow world opens wider and wider. However, don't expect a treacly, fairy-tale ending in which Howard ends up married to Ryan's mother and adopting him. Not gonna happen. But you'll like Howard and Ryan very much, and wish them both the very best. 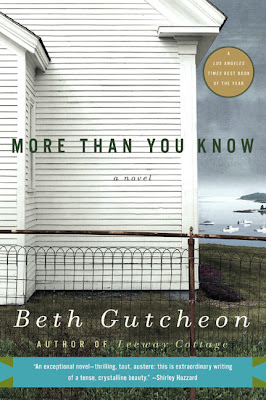 "More Than You Know" by Beth Gutcheon

Since it is so difficult to categorize, I probably would have never found this novel in that other used bookstore! Because it involves an axe murder, and because it is set in New England, it reminds me of two real-life crimes: Lizzie Borden's and the infamous, sensational axe murders that took place in 1873 on the Isle of Shoals, New Hampshire. (To learn more about the Isle of Shoals murders, read Anita Shreve's "The Weight of Water" or check the Internet.)

The hateful, angry ghost, the few times it does appear, was truly frightening, but this novel can't be put into the horror category. It's also part murder mystery, but it is so much more than that. It is mainly the story of 17-year-old Hannah Grey, a summer visitor to the small town of Dundee, ME, and Conary Crocker, "the town bad boy and the love of her life."

Like Shreve's book, "More Than You Know" is set partly in the past and partly in the present. In addition to Hannah's story, we - along with her - learn about the deeply troubled Haskell family who lived on an isolated island off Dundee in the 1800s. In the end, the two stories unexpectedly and violently collide. This book is classified as a young adult novel (which I didn't know until after I read it) but it is excellent adult reading as well. 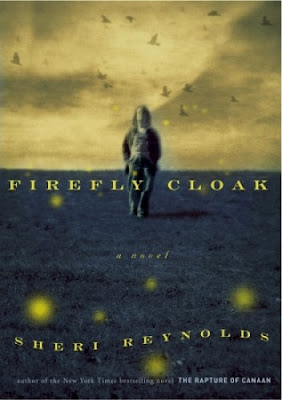 I first learned about Sheri Reynolds through Oprah's book club. Having read her "Bitterroot Landing" and "The Rapture of Canaan", I snapped up "Firefly Cloak" as soon as I saw the author's name. but in addition to the author, I also recognized that this book is part of a larger category, that of contemporary Southern fiction. I have always loved the Southern novel, probably because of one of my UND literature professors, Mississippi native and good-old-boy John Little, who created the UND Writers' Conference and invited some great Southern writers to the very first conference. (Most unforgettable: Truman Capote).

In addition, I also love plucky young heroines, and 15-year old Tessa Lee is certainly one. She sets out alone to find her mother years after being abandoned - along with her little brother - in the care of her grandparents when she is only 8. The title of the book refers to the ratty bathrobe with the faded "fireflies" on it, revered by Tessa Lee as the last remnant and reminder of her mother. Does she find her mom? I'll leave that for you to find out.

But like Howard and Ryan, you'll learn to love Tessa Lee too. She's is, more than anything, a survivor. She joins a long long line of plucky, determined, smart, brave young Southern girls, beginning with Scout Finch in Harper Lee's "To Kill A Mockingbird", to Ruth Anne (Bone) Boatwright in Dorothy Allison's "Bastard Out of Carolina", to Ellen Foster in Kaye Gibbons novel by the same name, to Avocet Abigail Jackson in Connie Mae Fowler's "Before Women Had Wings."

Also, in non-fiction memoirs, "The Glass Castle" by Jeannette Walls and "The Liar's Club" by Mary Karr (set in East Texas, which is considered to be part of the Deep South).
Posted by Julie at 10:10 AM

I'd love the Owl Bookstore. Sounds like my kind of place. Also I love the library for good new books. I almost picked up the Weight of Water the other day....instead I got The Tulip and the Pope and Rude Awakenings of a Jane Austen Addict. Happy Reading.

Ooh, Julie! These last three books sound read-worthy to me! I shall have to see if we have any of them in the library! Thanks, darlin'.

Great reviewds! I am reading "The School of Essential Ingredients" by
Erica Bauermeister.
The Owl Bookstore sounds perfect for you...even your totem bird, right?
I have read a couple of Beth Gutcheon novels, very good! I first "met" her in a book she wrote about quilting, "The Perfect Patchwork Primer" Non-fiction!

you got great books here that I am wishing to get my hands (and eyes) on them.
I have the ha-ha book now i need time ;-) but i will get into
I am so glad you are reading a lot.

i forgot the words!

And thank you very much for playing with me, I was very happy when i saw your comment and yell all excited! I can't wait to see what you come up with.
love to you sweet Julie!

Now I have a list of good books to look for. B&N is about 25 miles from me. I do go to our used books stores often. I will put my list in the ole bag and be ready to find one. I am constantly finding books for my Jenny. She loves to read and has a really good collection. Her favorite is Nora Roberts. I pick them up for her, but I have never read one.
Thank you Julie for your so kind words about my little story. I will do it again. Big Hugs, Mary

The Ha-Ha intrigued me. I have that now on my Goodreads list.

Love the fact that you have two good used book stores to enjoy, though with the lack of organization of the one, it may not be two for very long.